Kangana Ranaut is all set to join team Dhaakad 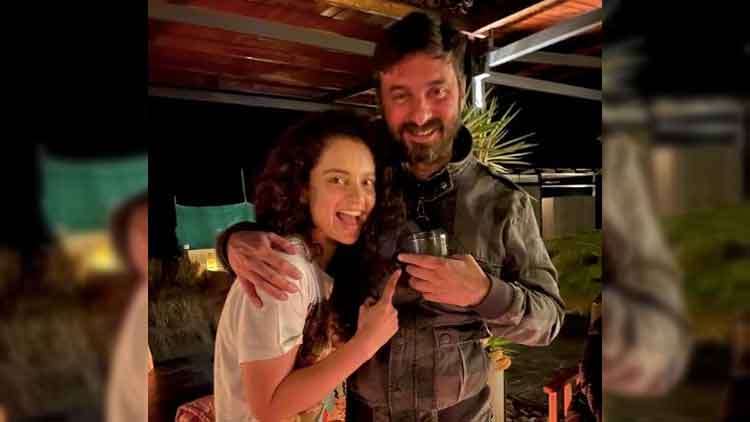 Kangana Ranaut was in the news recently after her passport renewal was rejected citing an FIR has been registered against her by the Mumbai Police. The actress approached the Mumbai High Court and after days of her court battle, she has finally got her passport renewed and is all set to join the team Dhaakad for shoot.

Sharing a photo with the director of the film Razneesh Ghai, she wrote,” Got my passport…Thanks to everyone for their concern and best wishes…Chief I will be with you all soon.”

Film Dhaakad is a spy thriller film which is being directed by Rajneesh Ghai.Kangana will be seen as Agent Agni in the film. The film also stars Arjun Rampal, Divya Dutta and Sharib Hashmi. The film is based on serious issues like child trafficking and crime against women.

The actress recently started working on her upcoming film ‘Emergency’ where she will be seen playing the role of former Prime Minister Indira Gandhi. She shared pre production photos of her body, face scans and casts getting into action for the film.

Meanwhile, on the workfront, the release of her film ‘Thalaivi’ has been postponed which is a biographical film covering the life of Jayalalithaa, late politician and film actress who even served six terms as the Chief Minister of Tamil Naidu . The film is directed by A.L.Vijay and produced by Vishnu Vardhan Induri and Shailesh R. Singh. The film also features Arvind Swami and Prakash Raj in prominent roles.  It is simultaneously shot in Hindi, Tamil and Telugu under the same title.

She will also be seen in Tejas being directed by Sarvesh Mewara.

The airline industry will release a COVID-19 passport for your iPhone next month |...

A bruised Kangana Ranaut says ‘bring it on’ after 14 hours of ‘non stop...

Bruised Kangana Ranaut aka Agni says ‘bring it on’ after 14 hours of non...