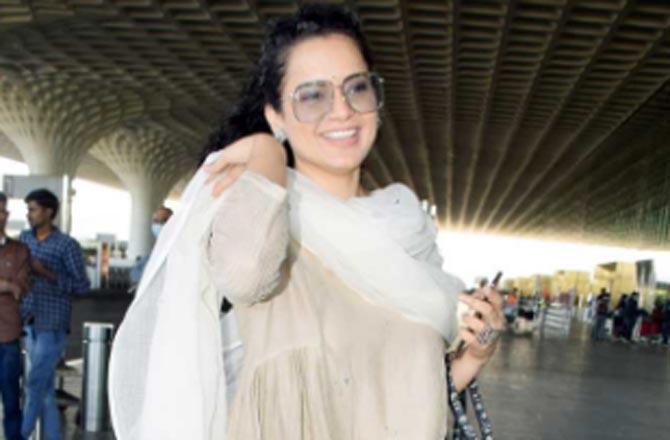 Bollywood star Kangana Ranaut on Sunday met Defence Minister Rajnath Singh to seek his blessings for her upcoming movie ‘Tejas’. A day after announcing the wrap of her much-anticipated flick ‘Thalaivi’, Ranaut is all set to shoot for her next awaiting project.

She also shared a picture with the tweet wherein she is seen presenting flowers to the Defence Minister along with her team members including sister Rangoli Chandel.

Ranaut would be portraying the role of an IAF pilot in her next project — ‘Tejas’. The IAF was the first of the armed forces in the country to induct women in combat roles in 2016. The film takes inspiration from this landmark event.

The first look of the film was released earlier in February which featured the ‘Tanu Weds Manu’ actor donning the IAF uniform. Helmed by Sarvesh Mewara and bankrolled by Ronnie Screwvala, the film is scheduled to release in April 2021.