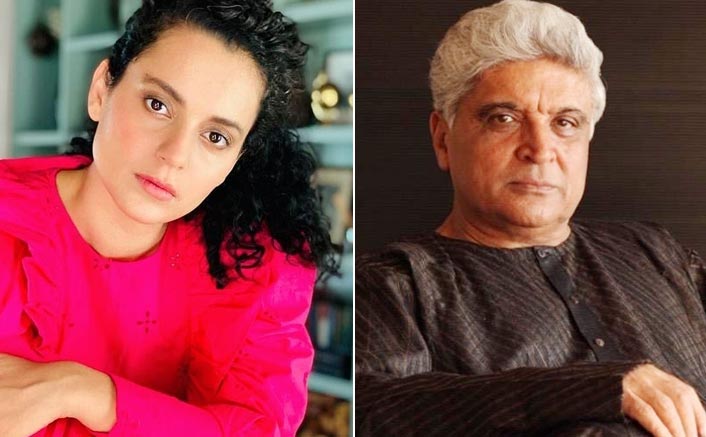 Controversy’s favourite child Kangana Ranaut has bounced back in the headlines and this time around for another summon. The actor, who has been in a war of words with Javed Akhtar, has been reportedly summoned by the Mumbai police with reference to the defamation case file by the veteran writer-poet-lyricist. Asked to visit the Juhu police station, the actor has been given a deadline by the cops. Below is all you need to know about the same. Scroll on.

For those unaware, after the death of Bollywood actor Sushant Singh Rajput, Kangana Ranaut went live and spoke a lot about many people. As per her, she was speaking the truth, and one such story also had Javed Akhtar. She had said that the lyricist threatened her to keep her mouth shut about her alleged relationship with Hrithik Roshan.

Now as per Mumbai Mirror, The Mumbai Police has summoned Kangana Ranaut in the case that Javed Akhtar registered against her. The actor has to present herself at the Juhu police station on Friday as revealed by a police official. After the complaint was registered last November, the court on January 17 gave police a timeline to make a report in the defamation row till February 1.

Javed Akhtar has filed a criminal complaint against Kangana Ranaut with Andheri metropolitan magistrate. He had said that the actor has made some defamatory and baseless remarks referring to him in a television interview. She called him a ‘coterie’ in Bollywood in an interview she gave after Sushant Singh Rajput’s tragic demise. Not just that, she even accused him of threatening her in the Hrithik Roshan row.

Meanwhile, Kangana Ranaut’s Twitter account got restricted for violating guidelines recently. As expected she had a furious reaction as she wrote, “Librus cried to their chacha @jack and got my account temporarily restricted, they are threatening me mera account/virtual identity kabhi bhi desh keliye shaheed ho sakti hai,magar my reloaded desh bhakt version will reappear through my movies.Tumhara jeena dushwar karke rahungi.”

Stick to Koimoi for more.