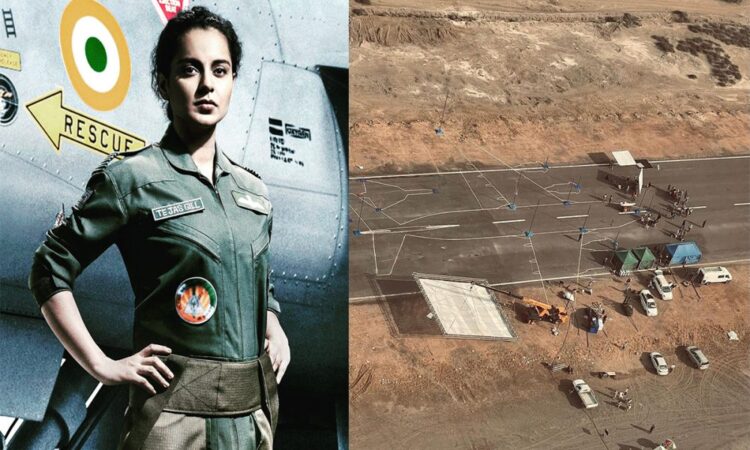 Actress Kangana Ranaut has been unstoppable since last year. She has multiple releases lined up for 2021 and she has been shooting for all of them simultaneously. One of the films that she will soon be featuring in is ‘Tejas’, where the actress will be essaying the role of a pilot.

Kangana took to her social media to reveal that she has wrapped up one schedule of the film that got shot in Rajasthan. It was also mentioned by her that they filmed some sequences very close to the Pakistan border. In a behind the scenes photo uploaded by her, the ‘Panga’ actress said,”Team #Tejas successfully completed Rajasthan schedule today, also shot very close to Pakistan border the crew faced many obstacles including extreme weather conditions, it seemed as if our commander in chief @sarveshmewara was driven by otherworldly force. Salutations team #Tejas @rsvpmovies @nonabains”

Currently, Kangana has been basking in the success of the trailer of another one of her upcoming films titled ‘Thalaivi’ where she is playing the role of politician J Jayalalithaa. She also won the National Award for Best Actress.