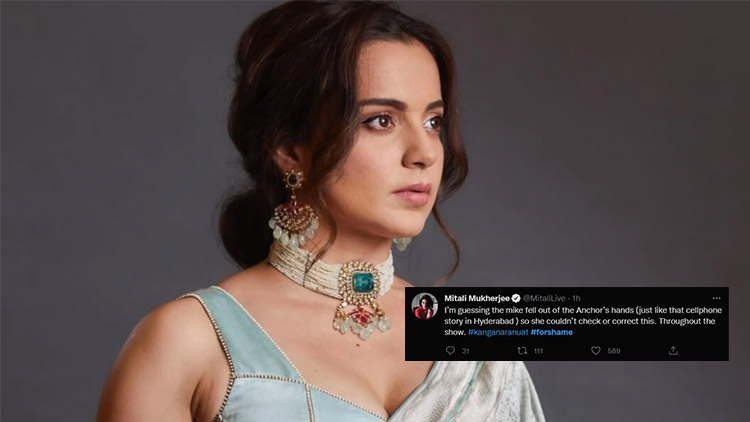 Kangana Ranaut was a guest speaker at the Times Now Summit 2021. During her appearance, she talked about the freedom struggle and the British Raj, adding that India got independence in 1947 as a donation and the ‘real freedom’ came in 2014.

Several users on social media have criticised Kangana for the comments, with many chastising the actor for ‘insulting India’s freedom fighters.’ Times Now on Friday said it did not support the actor’s comment after a huge controversy erupted.

“Kangana Ranaut may think India got Independence in 2014 but this cannot be endorsed by any true Indian,” the channel said in a tweet. “This is an insult to millions of freedom fighters who gave up their lives so that present generations can live a life of self-respect and dignity as free citizens of a democracy.”

He said he wished that the judicial system of India took cognisance of her comment. However, he told PTI on Friday that he posted his tweet in his personal capacity.

Take a look at some of the other reactions: