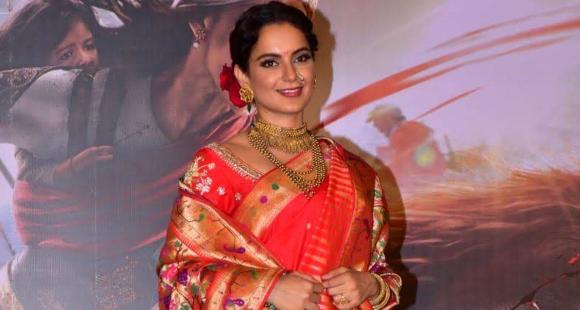 Kamal Jain, the producer of Kangana Ranaut’s Manikarnika Returns: The Legend of Didda, has dismissed author Ashish Kaul’s claims about the movie being based on his book Didda-Kashmir Ki Yodha Rani. Here’s what the producer has to say:

Kangana Ranaut and controversies always go hand in hand and there are no second thoughts about it. And while the actress grabbed the eyeballs for her upcoming movie Manikarnika Returns: The Legend of Didda, the movie has landed in fresh troubles as author Ashish Kaul has claimed that the Kangana Ranaut starrer based the story on his book called Didda-Kashmir Ki Yodha Rani. This isn’t all. Kaul also accused the makers have of copyright infringement. While his claims have raised a lot of eyebrows, producer Kamal Jain has now opened up on the issue.

In his recent interaction with ABP, Kamal has claimed that Manikarnika Returns: The Legend of Didda is not related to Ashish Kaul’s book. He stated, “This story is 1000 year old and is available in the public domain. It is wrong to claim that our movie is based on Kaul’s book. The movie has no connection with the book. When a story is this old and is available in the public domain, then anyone can make a movie on it. Speaking about Ashish Kaul’s book, I have not even heard of the book, let alone reading it. Besides, one can google about Didda and there is ample information available about her. Our movie is not inspired by Kaul’s book at all.”

To note, this much talked about movie happens to be the sequel of her directorial debut Manikarnika: The Queen of Jhansi. The story will revolve around Didda, who was the Queen of Kashmir and defeated Mehmood Ghaznavi twice in battle. Despite being struck by polio in one leg, she was one of the greatest warriors.