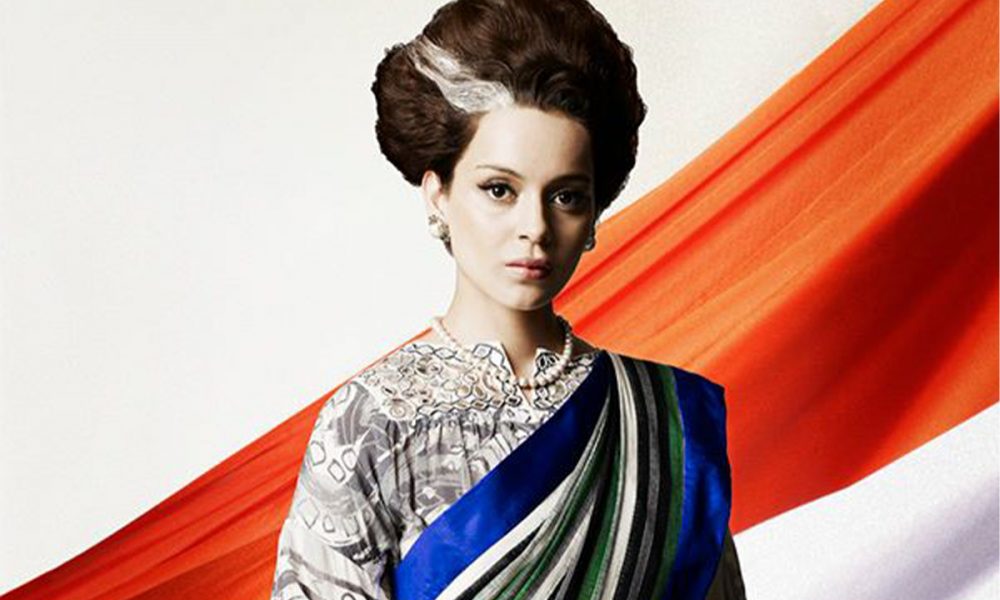 Its seems like actress Kangana Ranaut is on a roll to make biopics after one another. After wrapping shoot for her film ‘Thalaivi’ where she will be seen as J Jayalalitha, the ‘Gangster’ debutant has confirmed that she will also be essaying the role of Indira Gandhi in her next film.

The film is going to be a political drama inspired by the life of the former and only female Prime Minister of India, Indira Gandhi. It will be directed by Sai Kabir (who previously directed Revolver Rani).  Kangana herself will be producing the film under her banner ‘Manikarnika Films’. She shared the news by uploading a picture earlier from her career where she dressed as the political figure for a shoot.

This is a photoshoot about iconic women I did in the beginning of my career, little did I know one day I will get to play the iconic leader on screen. https://t.co/ankkaNevH2

Kangana Ranaut has many exciting projects lined up. Apart from the Jayalalithaa biopic, she is starring in an espionage thriller Dhaakad and also Tejas, where she will play the role of an Indian Air Force Pilot.

RELATED:  Stassi Schroeder Opens Up About Her Struggles With Getting Back In Shape After Giving Birth – Pic!