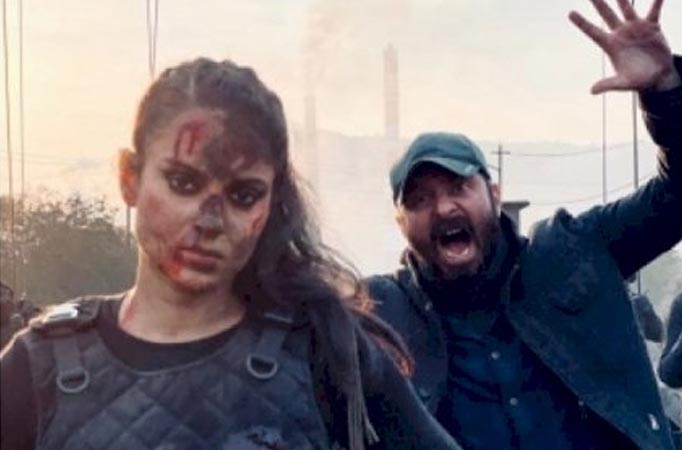 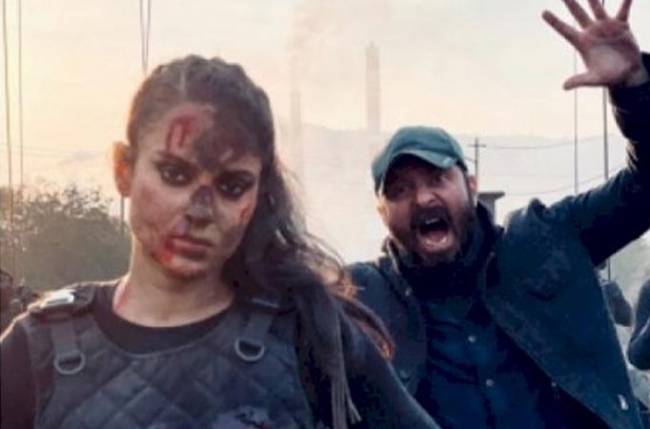 MUMBAI: Bollywood actress Kangana Ranaut who is currently shooting for her forthcoming spy thriller Dhaakad, shared a still from the sets after shooting for 10 consecutive nights.

The photo, tweeted by the actress on Friday, shows Kangana in an action-packed avatar looking straight out of the battlefield. Kangana has a “don’t mess with me” expressions on her face, while director Razneesh Razy Ghai strikes a funny pose beside her.

“10th night shift non stop action, 14 hours shift night rolled in to morning but our chief [email protected] be like tum mujhe khoon do main tumhe aazadi dunga..Well I am all yours…bring it on #Dhaakad,” Kangana tweeted on Friday.

Boasting about her acting skills, Kangana recently tweeted: “Massive transformation alert, The kind of range I display as a performer no other actress on this globe has that right now, I have raw talent like Meryl Streep for layered character depictions but I can also do skilled action and glamour like Gal Gadot #Thalaivi #Dhaakad.”

“I am open for debate if anyone can show me more range and brilliance of craft than me by any other actress on this planet I promise to give up my arrogance, until then I can surely afford the luxury of pride #Thalaivi #Dhaakad,” she added.

Dhaakad is a spy thriller in which Kangana will play the role of Agent Agni, while Arjun Rampal will be seen as the antagonist named Rudraveer. The Razneesh Razy Ghai directorial is slated to release on October 1.