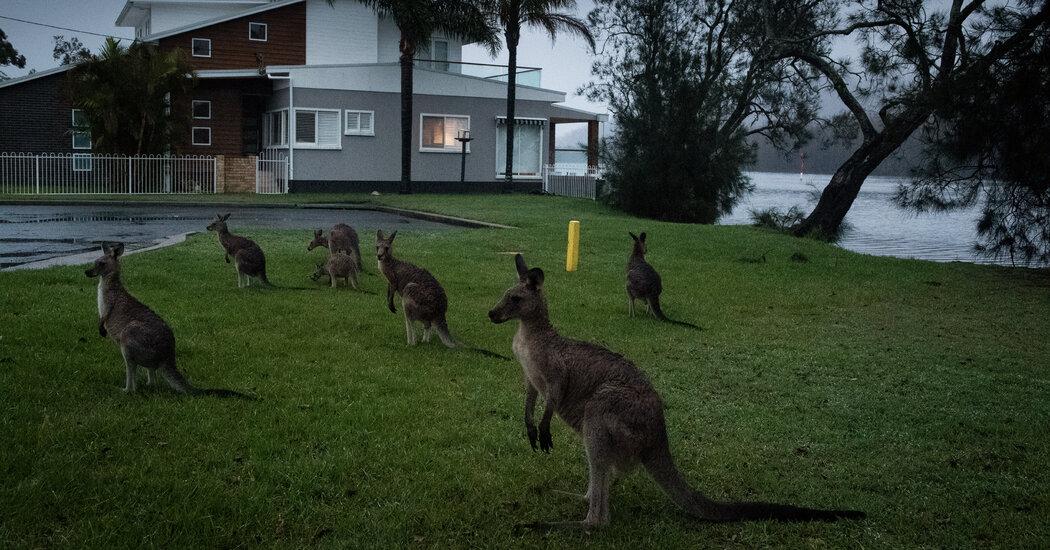 MELBOURNE, Australia — When they’re hungry, they’ll let you know by coming up to you and looking beseechingly at you and the container of food.

If that doesn’t work, they’ll sniff and paw at your leg.

Researchers at the University of Roehampton in Britain and the University of Sydney in Australia say that such behavior led them to a startling discovery: Kangaroos can communicate with humans similar to the way dogs, horses and goats do despite never having been domesticated.

Kangaroos are the first wild animal to exhibit a behavior that is more commonly seen in domesticated species, communicating requests for help from a human, the researchers said. Up until now, researchers had hypothesized that this kind of interspecies communication had existed only in animals that had evolved alongside humans.

The study suggests a higher level of intelligence in the iconic Australian marsupials than had been assumed.

The researchers said they hoped the results would persuade people — especially Australians — to treat kangaroos with more care. Although they’re on the country’s coat of arms and are considered something of a national treasure, they’re also seen as a nuisance and are culled annually because of their overabundance.

There were nearly 50 million kangaroos across Australia in 2017, double the human population, according to official estimates. Farmers complain that kangaroos eat pastures meant for livestock, while researchers worry they are a threat to endangered wildlife by destroying habitat and eating reptiles.

“There’s a part of the population that thinks they’re pests and dumb and want to shoot them,” said Alan McElligott, the lead author of the paper. “I think if the broader public has a greater understanding of the cognitive abilities of an animal, it’s easier to sell the idea that we should treat them with the best possible care.”

The researchers trained and tested 11 kangaroos from Australian zoos over eight days last year to get food out of a box. Then they locked the box, making it impossible for them to gain access to the food without help.

Initially, the kangaroos sniffed and scratched at the box. But once they realized they couldn’t open it, they turned their attention to Dr. McElligott, who was in the enclosure with them.

“A few of the kangaroos approached me and started sniffing my knee and scratching my knee,” he added. “If it was a dog you’d call it pawing.”

Ten of the 11 kangaroos involved in the study actively looked at Dr. McElligott, and nine alternated between looking at him and the box containing the food.

“They were really trying to intentionally communicate their desire to get him to help get the food out of the box,” said Alexandra Green, an animal behavior and welfare researcher at the University of Sydney, who is the paper’s co-author.

Dr. Green says she believes that the kangaroo’s behavior is a modification of how they communicate with one another in the wild.

“They’re a social species and would use these cues among each other,” she said. “In a captive setting, where there’s humans present, they’re probably able to adapt this ability to communicate with humans.”

The kangaroos used in the study — which was published on Wednesday in Biology Letters, a peer-reviewed, scientific journal published by the Royal Society — weren’t fully wild, since that would have been dangerous to the researchers. They had been raised in zoos and were familiar with humans, but were still considered undomesticated.

Dr. McElligott said that in a similar study done with wolves, another undomesticated animal, the wolves simply attacked the food boxes with their teeth instead of making any attempt to ask humans for help.