Home EntertainmentBollywood Kanika Kapoor on her COVID-19 controversy: My kids received death threats, was told my career is finished

Kanika Kapoor on her COVID-19 controversy: My kids received death threats, was told my career is finished 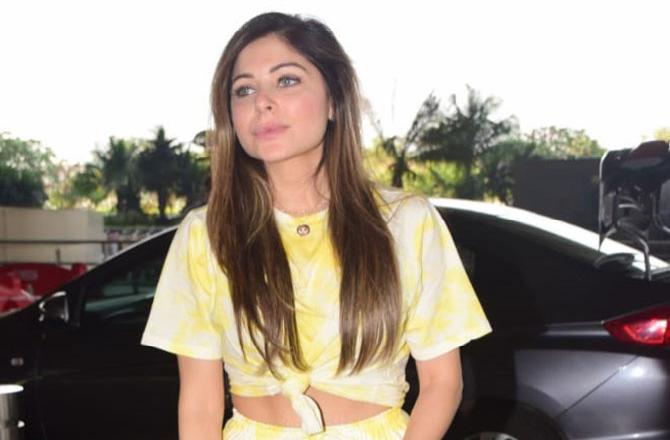 In March, singer Kanika Kapoor invoked major controversy when she tested positive for coronavirus after returning from London. A lot of people called her irresponsible on social media and called her out for travelling and socialising despite not being well. Later, she defeated the virus and tested negative.

Recalling her ordeal, Kanika revealed that she was getting death treats during that phase. Not only her, but her kids were also targeted. Speaking to Spotboye, Kanika said, “During this phase, I was very sad and disturbed because I was getting death threats, my kids were getting threats as you should kill yourself. A lot of nasty messages were sent to us which was not nice. A lot of people also said that her career is finished. But nobody realised that she is a single mother and after doing so much of hard work and staying away from her kids. She has made this career. So obviously after hearing all this I was shaken completely. It was a very difficult time. But touchwood, my family and close friends were there for me. But that time has passed I decided to take this experience in a positive way and move forward.”

The Baby Doll singer added, “And above that entire media and people turned against us for something which I myself was not aware of. So, obviously, I felt helpless. A lot of allegations were made against me. With time I also realised a lot of things. But all I felt was before writing anything about me or making any comments, they would have at least heard what the reality was. On the basis of rumours, you are throwing stones at somebody. How is it correct?”

A few days back, Kanika had talked about how she caught the virus, how she had to spend her time in the hospital for 16 days. She said, “When I travelled to Lucknow, there was no check at the airport and no quarantine rule. I didn’t hide it from the world when I tested positive. My father is a heart patient, and my grandmothers — nani and dadi — are in their 90s. We had two family gatherings, attended by close family friends, some of whom happened to be influential people.”

She added, “I didn’t host any of these gatherings. Everyone was fearful wondering if they had come in contact with me and if they, too, had the disease. Over 300 people were tested twice in a week, and none of them tested positive, including the staff. I was in the hospital for 16 days. The doctors and the medical staff did the best that they could at that time with the limited knowledge of the virus then. It was traumatic for my family and my kids, who were in London. I didn’t get to see them for four months.”

Given that she just came back from London that has now gone into its second phase of lockdown, Kapoor said, “When I went back to London in July, I saw a lot of shops on the streets shut. A lot of businesses had downed shutters, and everyone is scared of the aftermath. The pandemic has impacted everyone’s life. In such times, we should stand by people rather than pull each other down. For me, the silver lining in all of this was that I managed to spend some quality time with my kids. We could travel a little because the borders had opened. In the last five years, this is the most amount of time I have spent with my kids at a stretch. I have two girls and a boy, all teenagers.”