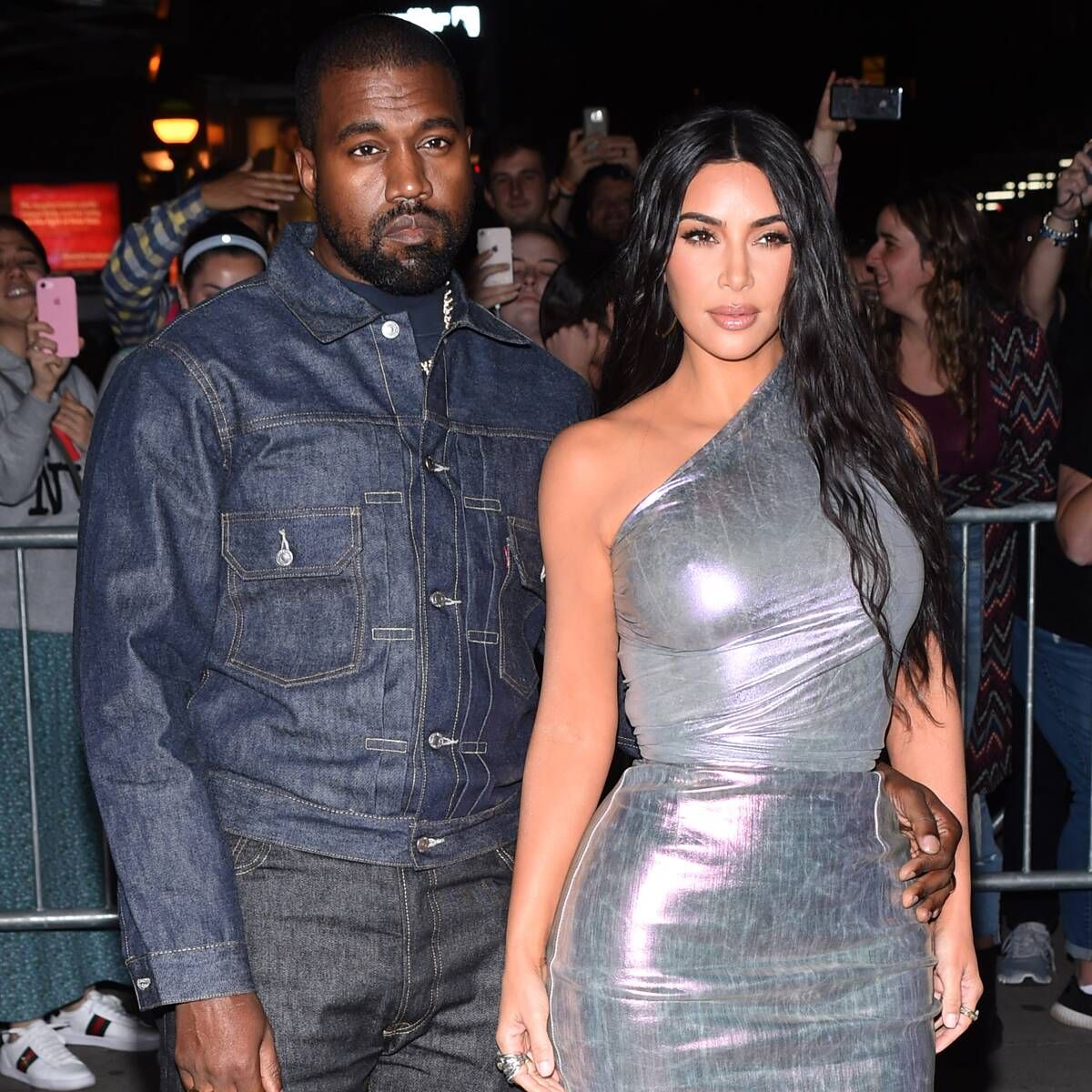 Nearly a month after divorce speculation first arose around the rapper and his longtime wife, Kim Kardashian, Kanye was seen deboarding a plane without a face mask on after he and his entourage landed in Los Angeles on Sunday, Jan. 24. The star arrived back in California after jetting off to Cody, Wyo. on Friday night to spend the weekend at his ranch, according to a source.

Donning a mustard-colored sweatshirt and brown leather pants, “Kanye seemed calm, but somber,” the eyewitness described. “He was very mellow and quiet as he got off his jet. He chatted with the flight attendant briefly before getting in his car. He was traveling with friends who had been on the ranch, but Kanye left with his bodyguard by himself. He didn’t stick around and wait for everyone. He just headed home.”

The Grammy winner’s sighting—the first since he was last seen in November 2020—comes amid mounting curiosity over the status of Kimye.

Earlier this month, a source told E! News, “Kanye is aware the marriage is over. It’s upsetting to him. He loves Kim, but they don’t get along half of the time. He’s truly in his own world and gets in the zone of focusing solely on his own projects.”

While they continue living separately, “Kim and Kanye have no bad blood and they are very cordial,” an insider more recently told E! News. “He’s focusing on his world and she is focusing on her world.”

Those worlds collide when it comes to the estranged couple’s four kids—North West, 7, Saint West, 5, Chicago West, 3, and Psalm West, 20 months—with Kanye flying in to see the kids in Los Angeles “at his own leisure.”

“It’s gotten to the point where they haven’t spent time together as a married couple in months,” a source shared in early January. “They’ve seen each other for the sake of the kids, but have been living separately. Kim knows the marriage is over. She’s known for a while.”