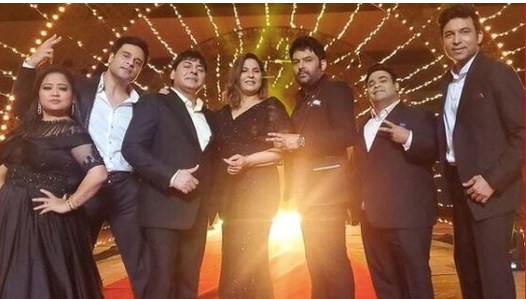 It was in January this year when Kapil Sharma had announced a break along with his team from their superhit show ‘The Kapil Sharma Show’. The actor wanted to spend some quality time with his family too as he was then going to welcome his second baby.

Well, looks now the break is finally over as the actor has now shared photos with his old team and has confirmed their comeback. He wrote, “new beginning with all the old faces. #tkss #thekapilsharmashow #blessings #gratitude #comingsoon.”

In the photos, we can see him with Kiku Sharda, Krushna Abhishek, Bharti Singh, Chandan Prabhakar. The team has a new face this time as they are all set to welcome Sudesh Lehri on board. Archana Puran Singh will also be a part of the show.

From the photos, we can make out that they have already started shooting for the promo of the show and this has given their fans a sigh of relief! Kapil Sharma fans were eagerly waiting for him to come back with the show. The audience was missing their weekly dose of entertainment on their television screens!

A new set is being constructed for the show and mostly the show will go on air by the end of next month. Soon, the promos of the show will be aired.