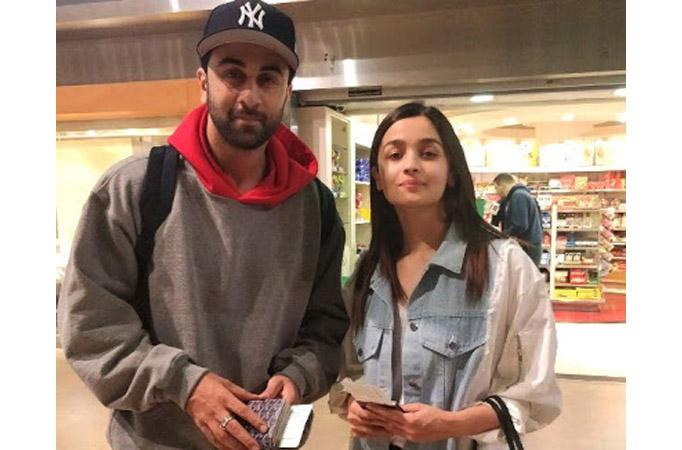 MUMBAI: Just yesterday, Ranbir Kapoor, Alia Bhatt jetted off to Jaipur from Mumbai, and they were accompanied by their families. Ranbir’s mom Neetu Kapoor, sister Riddhima Kapoor Sahni and her daughter Samara were seen with them.

Alia’s mother Soni Razdan and sister Shaheen Bhatt have also accompanied them and looks like they will all be ringing in New Year’s in Rajasthan.

While Alia doesn’t often share pictures from her trip, we got glimpses of their getaway through Neetu Kapoor, Soni Razdan and Riddhima Kapoor’s posts.

Looks like  Neetu Kapoor, Riddhima Kapoor, Soni Razdan and others spent the day enjoying the ‘forest life’ in Ranthambore.

Neetu Kapoor took to her Instagram and posted pictures with her granddaughter, Samara. In one of the pictures, Neetu Kapoor can be seen holding a little goat lovingly, while Samara looked somewhat scared of the animal. In a video, Samara could be seen petting a goat.

Meanwhile, Soni Razdan shared a picture of the tiger that they saw in the forest. She revealed that while she was happy taking pictures of a tiger from afar, the tiger got up and walked straight towards them, leaving her transfixed but petrified at the same time.

“I have a confession to make … saw this beauty today. Was fine taking her picture from far away … then she got up and walked right towards us and crossed the road we were on right behind our jeep. I was so transfixed in the moment .. and of course, petrified .. that I was unable to take the picture. Luckily our guide clicked some. Will post when I get them. Watch this space !”, wrote Soni Razdan, while sharing the picture of the tiger.