Karan Johar And Anand Tiwari Collaborating for a movie 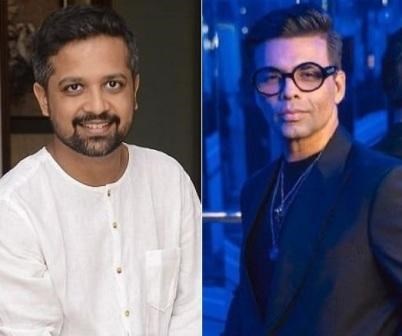 Dharma productions  and Still Media Collective has joined hands to collaborate on a film based on the former President of the Indian National Congress and member of the Viceroy’s Executive Council, C Sankaran Nair.

Titled The Untold Story of C Sankaran Nair, the film will unravel the legendary courtroom battle that Sankaran Nair fought against the British Raj to uncover the truth about the Jallianwala Bagh Massacre.

Sankaran Nair’s bravery ignited the freedom struggle across the country and is a testament to the power of fighting for the truth.

Anand Tiwari also confirmed the same, he shared, “A bravery that ignited the freedom struggle across the country! Bringing the untold story of C. Sankaran Nair to the big screens, directed by Karan S. Tyagi. More details to follow soon, stay tuned! SSMC is thrilled and honoured to be associated with Dharma on such wonderful stories. A big big thank you to Karan, Apoorva and Somen!! @karanjohar @apoorva1972 @karanstyagi @bindraamritpal @anandntiwari @somenmishra @dharmamovies @stillandstillmediacollective”

Apart from this, Karan Johar has a number of productions lined up including Meenakshi Sundareshwar, Finding Anamika, Dostana 2, Takth, and season two of Fabulous Lives of Bollywood Wives.

Brahmastra duo Ranbir Kapoor & Alia Bhatt opt for casuals as they drop by...

Ranveer Singh & Alia Bhatt to reunite for Dharma Productions’ next?