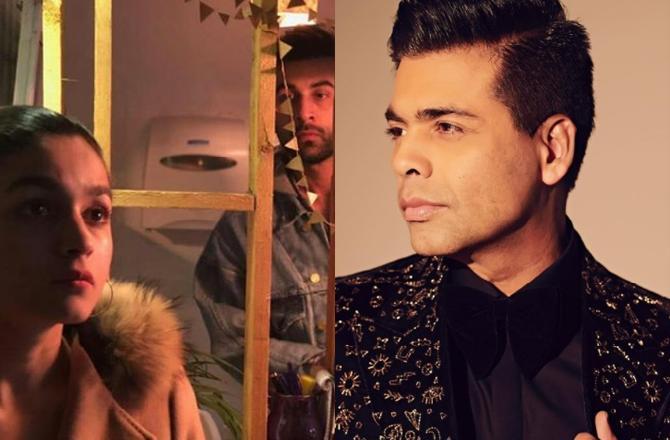 Ranbir Kapoor and Alia Bhatt are coming together for the first time in Ayan Mukerji’s Brahmastra, which also stars Amitabh Bachchan, Nagarjuna, Dimple Kapadia, and Mouni Roy. This film was earlier titled Dragon and was slated to release on Christmas 2016. However, due to the massively mounted scale, the makers needed more time to shape and enhance it.

It was then announced that the drama would come out on Independence Day 2019 and then December 4, 2020, but owning to the lockdown, it seems the release has to wait a little longer. Due to the on-going pandemic, a lot of big Bollywood films like Sadak 2, Laxmii and Coolie No. 1 made their way to the OTT platform. Will Brahmastra be the next one? It seems Johar isn’t really ready for the same.

A source informed Bollywood Hungama, “Disney+ Hotstar has now asked Fox Star Studios if they can hand over Brahmastra for their streaming platform. What it means is, Disney+ Hotstar wants Brahmastra to bypass theatrical release and arrive on its platform directly. They feel Brahmastra is a keenly awaited biggie and if it gets premiered on their platform, it’ll fetch them record streams.”

It added, “Producer Karan Johar, however, has not shown interest. He believes that the VFX heavy, grand film would be best enjoyed in cinemas.” For the uninitiated, this film is a trilogy but no update has been given on its continuing parts. The source also said, “As of now, there are no talks on the Brahmastra sequels. All the efforts of Dharma Productions and Fox Star Studios are on completing the first part. The shoot of the film is to get over this month after which the team will fully concentrate on the post-production.”