Home EntertainmentBollywood Kareena Kapoor Khan: When has anyone ever said that pregnant women can’t work?

Kareena Kapoor Khan: When has anyone ever said that pregnant women can’t work? 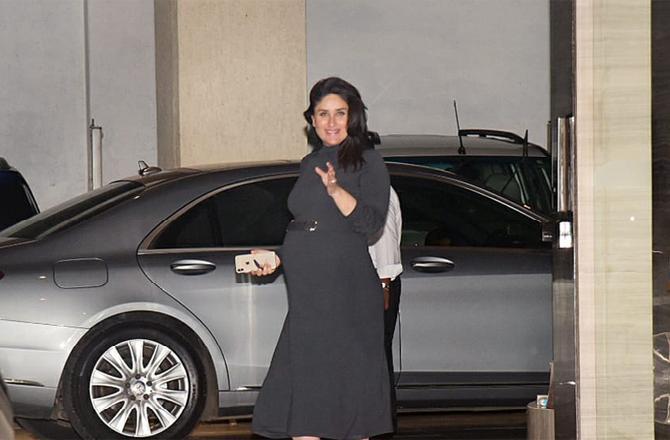 Kareena Kapoor Khan and Saif Ali Khan are all set to embrace parenthood once again after the actress gave birth to Taimur Ali Khan on December 20, 2016. But just like then, pregnancy hasn’t stopped her from going to work now. She has made a few media appearances flaunting her baby bump and working as hard as she can.

In an interview with Times of India, she spilled the beans on the same, Saif’s understanding and respect for working women, and her show, What Women Want. Talking about the show, she said, “I think I have grown with every season. During the first season, I was very raw and nervous. Today, I can tell you that I honestly enjoy it. It’s the concept of the show that has been liked because people have related to the topic. It’s something that everyone wants to hear, be it a man or a woman.”

When asked about Saif Ali Khan and how he understands what women want, Kareena stated, “I think that he does understand in a way, especially when it comes to working women — be it a mother, sister, wife or daughter. He understands and respects working women a lot. He gives us the space to do exactly what we want. I think a happy woman is the one who is doing what she loves the most. I am glad that he understands that, and I believe that it comes from his mother.”

What about pregnant women going to work? This is what she feels, “I have never been that kind of a person who would sit at home and say, ‘Now I want to put my feet up’. I am doing what I want to do. Working — whether it’s during my pregnancy or post-delivery — has been a point to just say that when has anyone ever said that pregnant women can’t work? In fact, the more active you are, the healthier the baby is and the happier the mother is.”

She added, “After delivery, too, once you feel fit enough, one should do what they feel like doing, and try to balance it out between giving time to the child as well as your work and yourself. I have always been very proud of being a working mother.”

Kareena Kapoor Khan and Saif Ali Khan tied the knot on October 16, 2012. Ever since the Refugee actress has made her debut on Instagram, she keeps sharing lovely moments with her hubby and son, both. The couple has acted together in films like LOC Kargil, Tashan, Kurbaan, and Agent Vinod.

On the work front, Saif was last seen in Sushant Singh Rajput’s last film, Dil Bechara. On the other hand, Kareena will be next seen in Laal Singh Chaddha and Takht. Takht will be Khan’s second collaboration with Karan Johar where he directs the actress. This period drama, which is slated to release on December 24, 2021, also stars Anil Kapoor, Ranveer Singh, Vicky Kaushal, Alia Bhatt, Bhumi Pednekar, and Janhvi Kapoor.