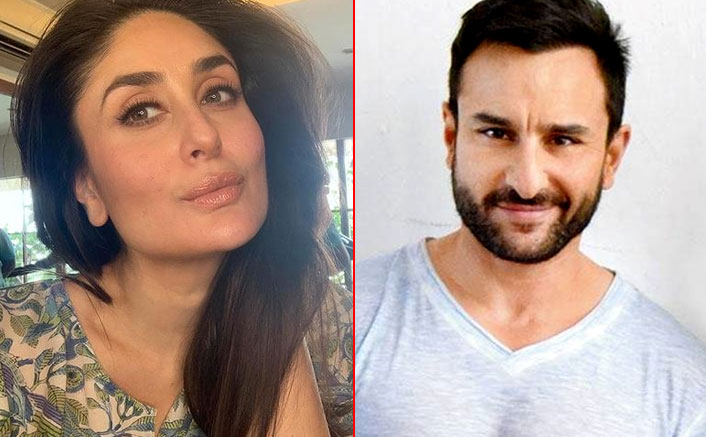 Bollywood diva Kareena Kapoor Khan cannot stop gushing about her waistline in a throwback picture she posted on wednesday.

In the image, clicked in 2007, Kareena features with husband Saif Ali Khan. The picture was taken in Jaisalmer.

“Throwing it way back… Circa ’07, Jaisalmer Ooooooh that waistline… I’m talking about mine, not saifus. #TakeMeBack,” Kareena Kapoor Khan wrote as the caption.

The picture seems to be taken from the time when Saif Ali Khan and Kareena Kapoor Khan were shooting for the film Tashan. Saif flaunts a horseshoe moustache, the look he carried in the 2008 film.

Saif and Kareena reportedly started dating after “Tashan“. They got married in 2012 and Kareena gave birth to son Taimur in 2016. She is currently expecting their second baby, and she often shares photographs of her baby bump on social media.

Kareena Kapoor Khan was also recently spotted enjoying a girls night with all her BFFs. From Amrita Arora to Malaika Arora, all her close friends were a part of the bash! But the actress noted that her sister Karisma Kapoor, who is an integral part of the group, is not in the photograph.

“Reunited. Missing Lolo @therealkarismakapoor,” Kareena wrote alongside the image, which currently has over 417K likes.