Kareena reflects on Taimur’s name controversy: It scarred me deeply as mother 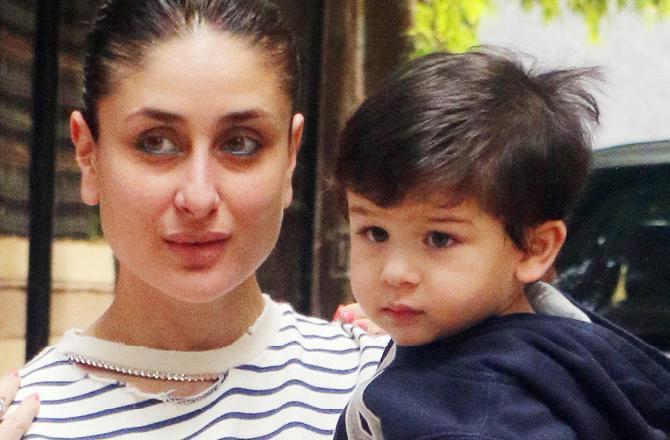 Actor Kareena Kapoor Khan on Friday said the controversy surrounding the name of her child Taimur was “ghastly”. In 2016, Kareena and actor-husband Saif Ali Khan became parents to a baby boy, who they named Taimur.

Soon after the announcement, people on social media started questioning the origins of the name. Reportedly Taimur was also the name of the founder of the Timurid Empire in Persia and Central Asia and had invaded India in 1398. During a virtual session of ‘We The Women’, journalist Barkha Dutt asked Kareena about how she navigated the phase of trolling. “What happened about his name was just ghastly. It was disgusting and I’ll never forget it. It has obviously scarred me deeply as a person, as a mother. What I name my child, what I call him, is completely my discretion and of nobody else’s concern,” the actor said.

The 40-year-old “Bajrangi Bhaijaan” star recalled an incident where a famous personality came to visit her and the baby at the hospital and then questioned her decision to go with the name. “There was a famous personality who had the gall to come there, on the pretext of visiting me and the baby, and in the conversation, say ‘what’s with you? Why would you name your son Taimur?’ It hadn’t even been eight hours since I delivered! “I started crying. That person was then asked to leave. My journey with that started then, when I just made up my mind and said, ‘this is my son, I don’t care what happens, as long as he’s healthy, happy, we’re happy, that’s it. I don’t want to know what people were trolling, what was happening.'”

Kareena said she found it bizarre how people went back to “200-300 years in the history” and questioned the couple’s choice. “How do you know I named him like that? We named him for its meaning – iron and somebody who’s very strong – and the sound of it. It has nothing to do with anything that happened (in history).” Despite the initial controversy, the toddler has been an Internet sensation and is followed by the paparazzi round-the-clock. In August this year, the couple announced they’re expecting their second child.