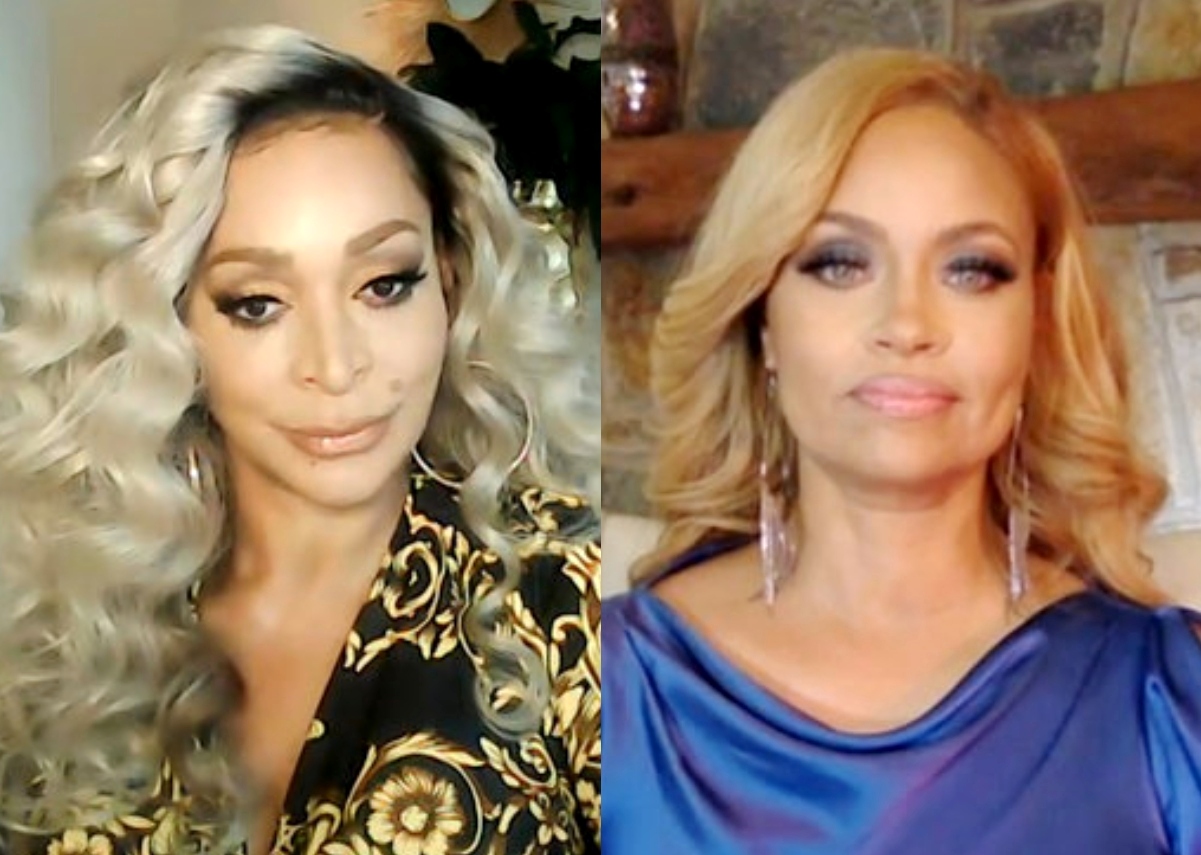 Karen Huger called Gizelle Bryant out on Twitter this week after seeing that her Real Housewives of Potomac co-star had accused her of being a “stalker” during a recent interview.

After Gizelle accused Karen of giving out her address and driving by her home in the middle of the night, Karen advised her cast mate to “lay off the wine” before mentioning her ex-husband and current boyfriend, Jamal Bryant, and slamming her as “delusional.”

“You wish you were important enough for me to drive by yours. I wish I would waste my good gas on such a non-adventure!” Karen tweeted on January 27. “Girl you need to lay off the wine. Your concern should be, is Jamal coming by, not me! Jamal…please come get yo girl…Can we say delusional?”

Prior to the tweet, Gizelle had participated in an interview on Instagram, during which she was asked to describe something crazy that happened during filming on RHOP but wasn’t seen on the show.

“Karen admitted… I’ve never invited her to my home. I’ve never sent her an invitation with my address and she like, told my address,” Gizelle replied, according to a clip of the interview shared by Roxy Queens NYC on YouTube.

“So I was like, ‘You are a 100 percent stalker. You’re a stalker. Like, you’re stalking me. You’re stalking my address. You probably drive by in the middle of the night,’” Gizelle continued. “She’s weird.”

Karen’s tweet marks the second time in recent weeks that she’s taken aim at the drinking habits of Gizelle.

As fans may have seen, Karen suggested Gizelle was bloated from alcohol during a chat with comedienne Luenell Campbell.

X
Kim’s Crying Face Gets Roasted After Season 20 ‘KUWTK’ Promo D…GossipsOf course, there’s no denying Kim Kardashian is one of the most beautiful women in the world! However, over the years, fans have noticed the Keeping U…
close