Karima Baloch funeral: ‘Pak has blood on its hands, 100%’ 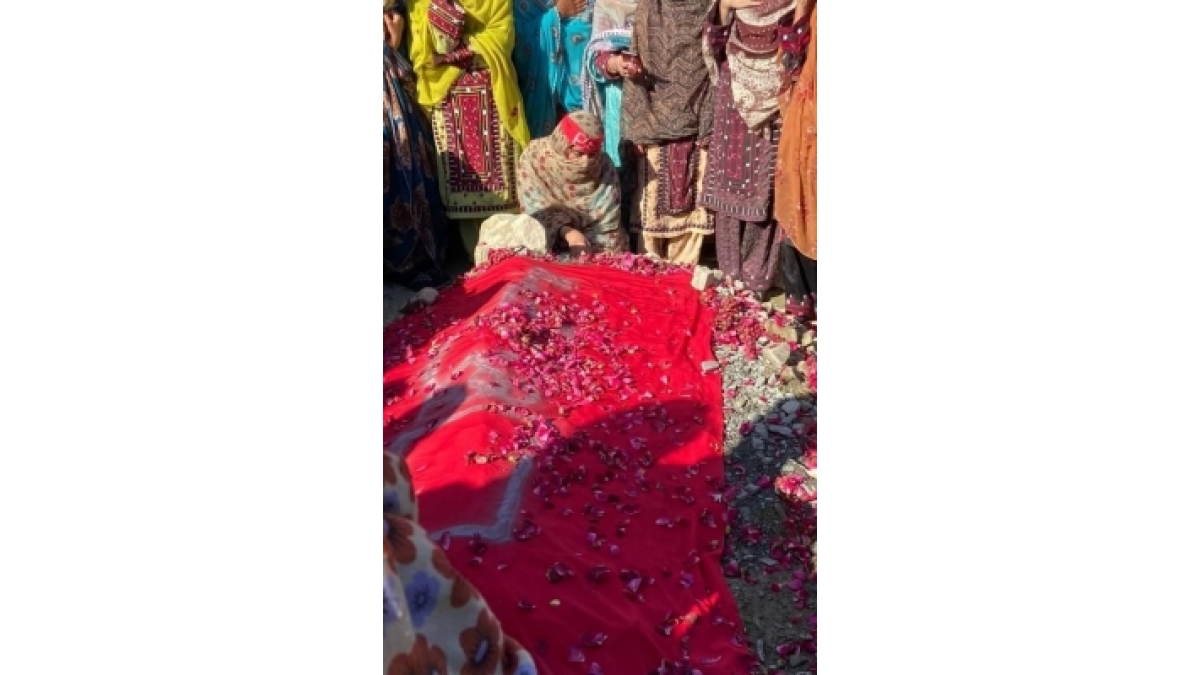 Details have now emerged of how the Pakistani authorities took control over the proceedings, right from the time Karima’s body landed at the Karachi airport after undertaking the final 11,653 km journey till it was buried yesterday.

The Pakistan deep state, accused by the Baloch community for “murdering” the daughter of Balochistan, made sure that the burial took place just in the presence of a handful of family members and gun-toting soldiers.

Videos are also circulating on social media showing how Pakistan’s Frontier Corps mistreated the people who had gathered on roadsides to have a glimpse of the ambulance “secretly” carrying the body of Karima from Karachi to Turbat.

“One wonders what frightened a nuclear-armed state this much. The skies would certainly not have fallen if a few thousand had gathered to witness the burial of an activist they loved so dearly and gone home. If the Pakistan army’s policymakers think spreading fear is a successful tactic, they are wrong. They did the same with Nawab Akbar Bugti’s body a decade and a half ago but still failed to suppress the Baloch movement,” reported the Balochistan Times.

Activists, friends and Baloch leaders, who have maintained that Karima’s death was no accident, say that the attitude of the Pakistani authorities, including their denial to handover the body to her family at Karachi Airport, proves that Islamabad was “one hundred percent culpable” in her killing in Toronto last month.

“The heroine of Balochistan’s struggle for freedom deserved a befitting farewell but the Pakistani authorities did not grant the Baloch people even the right to participate in her last rites. Her body was literally disappeared from Karachi Airport and secretively transported amid protests of her grieving family,” says Dr. Tara Chand, president of the Baloch American Congress (BAC).

A former president of the Balochistan National Party (BNP-Mengal) USA Chapter and a former minister in the Balochistan government, Chand said that this action by Pakistan should put to rest any doubts over who killed Karima.

“These actions prove Pakistan has Karima Baloch blood on its hands, 100 percent,” he reiterates.

As reported by IndiaNarrative.com, Karima, who headed the Baloch Students Organization Azad, had escaped to Canada in November 2015 as her life was under threat from Pakistan’s military and intelligence services. Her family and friends have revealed how she continued to receive threats in Canada because of her political activism, including late last year when she had criticised the Justin Trudeau government for allowing Pakistani radical elements and Army officials to settle down in the country.

Enraged over the “abduction” of Karima’s body, the Balochs say that the latest incident exposes once again Pakistan’s continued gross violation of human rights in Balochistan.

“Previously we thought only living Baloch are prone to abductions. Here, this is a new law. Even a Baloch dead woman is not spared from abduction by Pakistan. All it proves is that a mighty nuclear Pakistan’s Islamic state is shaken by a dead body of a Baloch woman,” tweeted Karima’s brother Sameer Mehrab.

Sadly for Karima, the “oppression” and “terrorism” at the hands of the state-backed forces – the very reason she had sought refuge in Canada after escaping Pakistan was carried till the grave.

(This content is being carried under an arrangement with indianarrative.com)