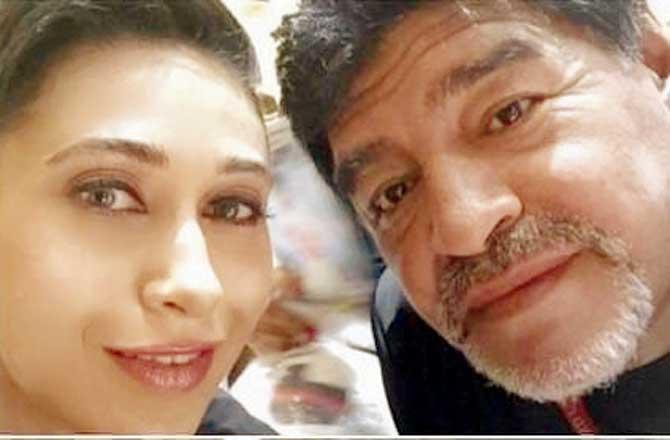 Shah Rukh Khan, Arjun Kapoor and Vicky Kaushal were among the Bollywood folk who took to social media to mourn soccer legend Diego Maradona. Karisma Kapoor posted a throwback photograph with the Argentine star. In 2015, Lolo and Maradona shared the stage at a jewellery store launch in Kuala Lumpur. In 2016, Bappi Lahiri and grandson Swastik caught up with Maradona at the Dubai Sports Club.

The veteran singer-composer’s album, Football fever, was released by the legend. Lahiri also composed a track, Maradona, Maradona, you are the golden footballer, in his honour.

Maradona died due to cardio-respiratory arrest at his home in the Tigre district on the northern outskirts of Buenos Aires. The Argentina government has declared three days of national mourning following the football legend’s demise. Maradona, who led Argentina to win the 1986 World Cup, was a uniquely gifted player and charismatic figure. The former star player and coach, most recently of the Gimnasia y Esgrima La Plata football team, had undergone surgery following a stroke in early November.

The Best-Dressed Stars at the MTV Movie Awards