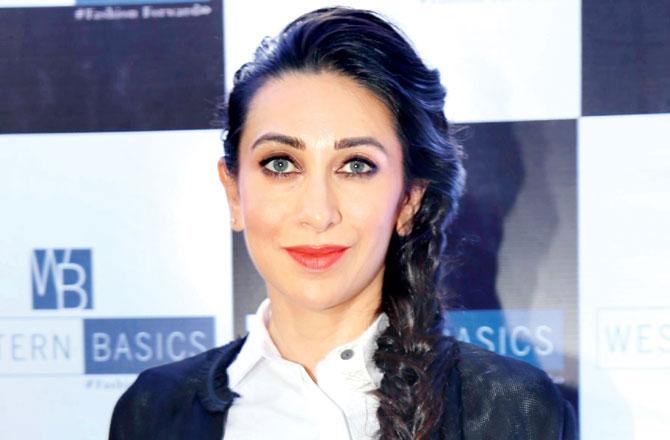 The ‘Raja Hindustani’ took to Instagram and asked fans to guess the name of the song, “Walking out of 2020 like #flashbackfriday Guess the song ?? #guessinggame.”

In the photograph, Karisma is seen sporting a glamorous look, in which she sported a chequered cropped top and a mini skirt, with a blue jacket. She accessorised her look with a matching cap with blue shades. The actor looked drop-dead gorgeous in the photo.

Recently, Kapoor has been sharing throwback pictures from her films. Earlier, the actor shared a picture with Govinda from their film Coolie No 1. She wished Sara Ali Khan and Varun Dhawan all the best for their upcoming film Coolie No 1, which is a remake of the original.

The romantic-drama Dulhan Hum Le Jayenge’ was helmed by David Dhawan and starred Salman Khan and Karisma Kapoor in lead roles. The film was the fifth highest-grossing Bollywood film of the year 2000.