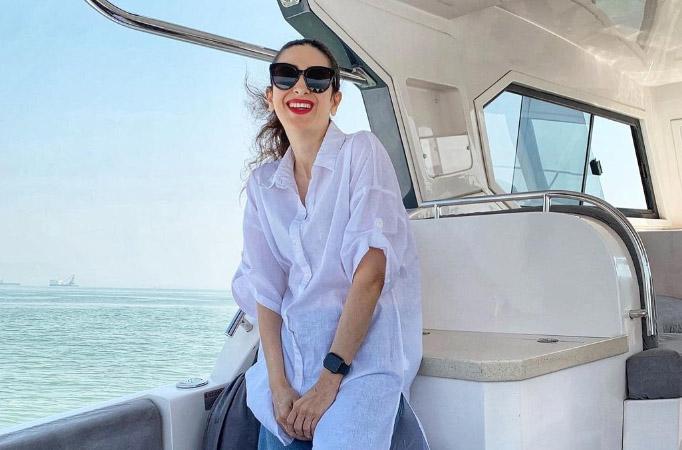 MUMBAI: Bollywood actress Karisma Kapoor is enjoying the last two days of the year, going by her new post on social media.

Karisma posted a picture on Instagram, where she is seen posing in a yacht. The actress is dressed in a white long shirt paired with blue denims. She completes her look with big black sunglasses and bold red lips.

“Last 2 days of the year,” she wrote as the caption.

Karisma recently recalled the time she danced with actor Govinda on the popular song Husn hai suhana in the 1995 hit Coolie No 1. She posted a still from the 1995 film, featuring Govinda and her.

The Govinda-Karisma starrer Coolie No 1 has been remade by director David Dhawan as a new film of the same name, starring Varun Dhawan and Sara Ali Khan.