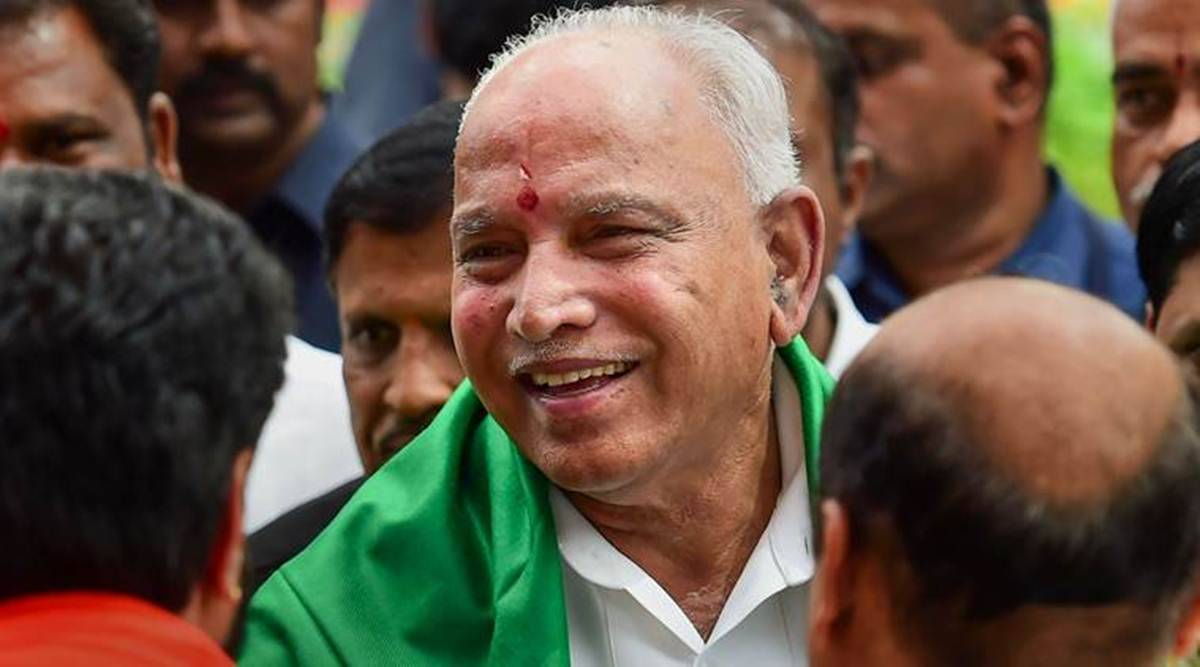 Karnataka Chief Minister B S Yediyurappa on Monday carried out a reallocation of portfolios to four ministers to address the resentment among some ministers following a cabinet expansion last week.

With former law minister J C Madhuswamy reportedly unhappy over being given the Medical Education portfolio, Yediyurappa Monday initially allocated the departments of Tourism, Ecology and Environment to the former JD(U) leader. Later in the day, he allocated the Minor Irrigation Ministry to Madhuswamy and gave the Tourism, Ecology and Environment portfolios to newly inducted minister C P Yogeshwara.

Madhuswamy on Monday told the media that he is likely to resign as a minister after hoisting the national flag for Republic Day in Tumkur district where he is the minister in-charge. “I am not a person who will hang around when my self-esteem is under attack. I will wait till Tuesday morning and decide my course of action,” Madhuswamy said.

The threat of resignation by Madhuswamy is also being seen as an effort to retain his hold over Tumkur region when the Chief Minister appoints new ministers-in-charge for districts.

Meanwhile, the allocation of Tourism, Ecology and Environment portfolios, first to Madhuswamy and then to Yogeshwara, has left minister Anand Singh, who was given the portfolio last week, unhappy. Chief minister Yediyurappa is expected to mollify Singh by making him in-charge of the new Vijaynagar district which is being carved out of the erstwhile Ballari district at Singh’s instance.

Singh had last week expressed satisfaction with being allocated the tourism and environment portfolios despite the forest portfolio being taken away from him. He has reportedly expressed unhappiness on the changes affected on Monday where he was granted the infrastructure development, Haj and Wakf portfolios.