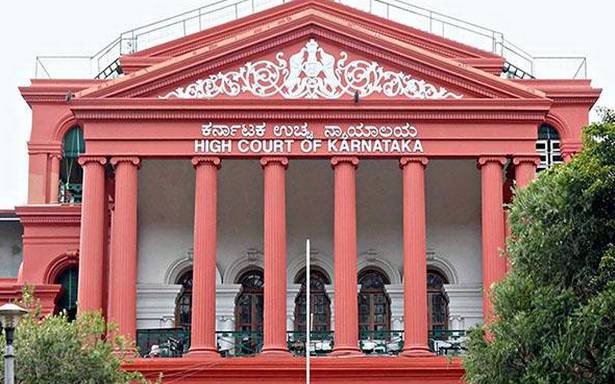 In a setback to N.R. Santosh, political secretary to Chief Minister B.S. Yediyurappa, the High Court of Karnataka has declined to quash criminal proceedings against him in a case of an attempt to kidnap N.S. Vinay, who was working as an adviser to K.S. Eshwarappa when the latter was Leader of the Opposition in the Legislative Council.

Justice H.P. Sandesh passed the order while dismissing a petition filed by Mr. Santosh questioning the charge-sheet filed by the police arraying him as accused number-1 along with 11 others, and the cognisance of offences taken against him by the Sessions Court.

The High Court noted that the details of call records between Mr. Santosh and one of the accused showed two calls between them a few days prior to the attempt to kidnap on May 11, 2017, in Mahalakshmi Layout police limits in Bengaluru city.

It was alleged that Mr. Santosh, when he was working as a personal assistant to Mr. Yediyurappa (who was BJP State chief in 2017) had conspired to kidnap Mr. Vinay to secure a compact disc containing certain materials related to Mr. Santosh. The bid to kidnap failed as Mr. Vinay raised alarm on a public road.

Also, the High Court took note of the statement given by a woman, who was a common friend for both Mr. Santosh and Mr. Vinay, to the police about the former allegedly inviting the accused persons for food to a hotel through WhatsApp and phone. She had spoken about a conspiracy between Mr. Santosh and the other accused to kidnap Mr. Vinay and assault him.

Mr. Vinay, who argued the case personally without engaging a lawyer, contended before the High Court that Mr. Yediyurappa had tried to protect Mr. Santosh, who is also the Chief Minister’s nephew. The High Court, in its order, recorded Mr. Vinay’s submission that Mr. Yediyurappa had “written a letter to the investigating officer not to take any action against Mr. Santosh”.

It was alleged in the charge-sheet that at the instance of Mr. Santosh, one of the accused persons provided the vehicle used in the offence with a changed number plate. It was also said that they used Prashanth, a rowdy-sheeter, and nine others to commit the alleged crime.

Interestingly, Mr. Vinay told the High Court that Prashanth had “died under mysterious circumstances” when Mr. Santosh’s name surfaced in the case.