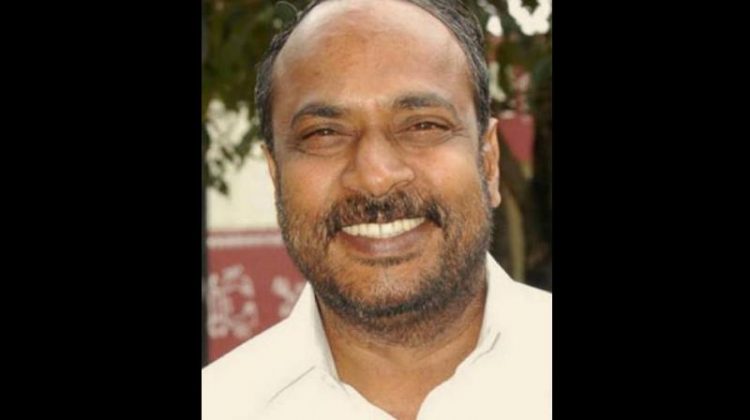 Bengaluru: A fortnight after creating a controversy by being part of a no-confidence motion against the Karnataka Legislative Council chairman, the Upper House’s deputy chairman, S.L. Dharme Gowda, committed suicide by jumping in front of a running train.

His death note, where he said the recent Legislative Council incident, where he was dragged down from the Chair by Congress members, had hurt him a lot, has created a controversy with BJP and JD(S) leaders pointing fingers at the Congress.

The 65-year-old JD(S) leader, who hails from Sakarayapattana in Chickamagaluru district, killed himself between 11 pm and 12 midnight on Monday at the Mankenahalli railway track, about 20 km from his ancestral home.

Family sources said he left home at around 6.30 pm with his driver and asked him to stop the car at a place called Gunasagar, just 3 km from the spot where he committed suicide. He asked his driver to go home, as he had to meet someone. Later, he called one of his followers and enquired at what time the Janshatabdhi train from Bengaluru-Shivamogga was due. Later he switched off his mobile phone. When he did not return till late in the night, his family members and the police went to look for him and found his body on the railway track.

In his suicide note, Dharme Gowda apologised to his mother and his wife, and wrote down details about his property and gave other financial details, advising his family members to complete the new house which was under construction. At the end, he also mentioned that the recent incident in the Legislative Council had hurt him.

This last sentence has created a political controversy, with the BJP and JD(S) leaders taking an indirect swipe at the Congress. Shivamogga MP B.Y. Raghavendra was first to comment, saying he was hurt by the way he was treated in the Legislative Council on December 15. Even former Prime Minister H.D. Deve Gowda said he had advised Dharme Gowda not to sit on the Chair on December 15.

Meanwhile, Karnataka home minister Basavaraj Bommai said the police had recovered the suicide note and was investigating the death from all possible angles.