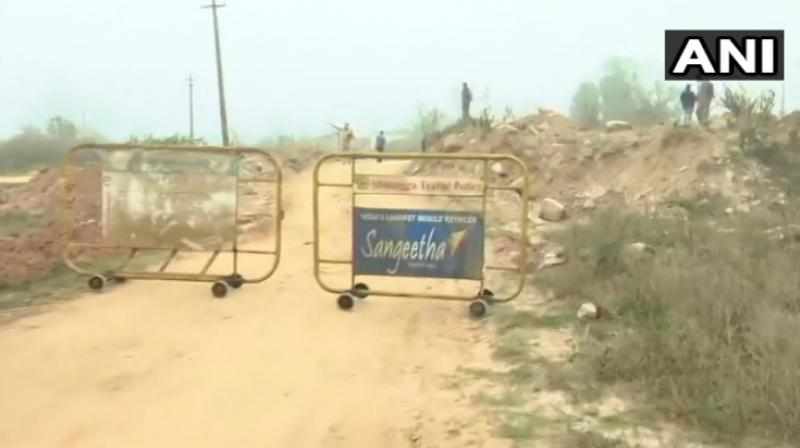 Bengaluru: An explosion of a truckload of explosives, suspected to be meant for mining, killed at least six people in Karnataka’s Shivamogga district on Thursday night and sent shockwaves in neighbouring areas, police said.

The massive explosion took place near a gravel and boulder crushing facility around 10.30 pm, sending shockwaves not only in Shivamogga, but also in neighbouring Chikkamagaluru and Davangere districts.

So strong was the blast that window panes shattered while many houses and even roads developed cracks, said an eye-witnesses.

As the jolt was mistaken to have been caused by an earthquake, geologists were contacted, who ruled out recording tremors in any of their observatories.

“There was no earthquake. But an explosion did take place at Hunsur on the outskirts of Shivamogga under the Rural Police station limits,” a police officer told PTI.

Another police officer said, “There has been a blast in a truck carrying gelatin. Six labourers in the truck were found dead. The vibrations were felt locally.”

Senior district and police officials including the superintendent of police of Shivamogga have rushed to the spot.