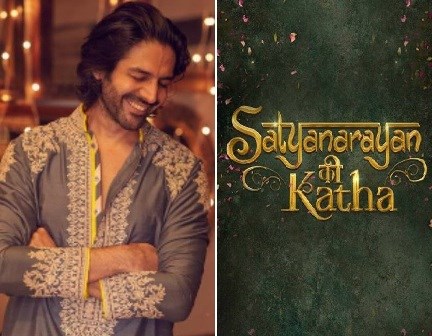 Actor Kartik Aaryan took to his social media profile and dropped a video confirmation on his next, titled Satyanarayan Ki Katha.

Kartik revealed that he has bagged a role in ‘Satyanarayan Ki Katha’, which will be helmed by Sameer Vidwans. The forthcoming movie will be produced by Sajid Nadiadwala in collaboration with Namah Pictures.

Satyanarayan Ki Katha’ is a musical love saga all set to go on floors towards the end of this year. While Kartik’s previous ventures too were in the romantic space, we will see the actor bring a narrative that has not been explored before with this one. The film promises to be an unforgettable love story.

He also has two films lined up. He will be seen in Bhool Bhulaiyaa 2, which also stars Tabu and Kiara Advani. The actor also has the film Dhamaka’ lined up, which is slated to release on an OTT platform.