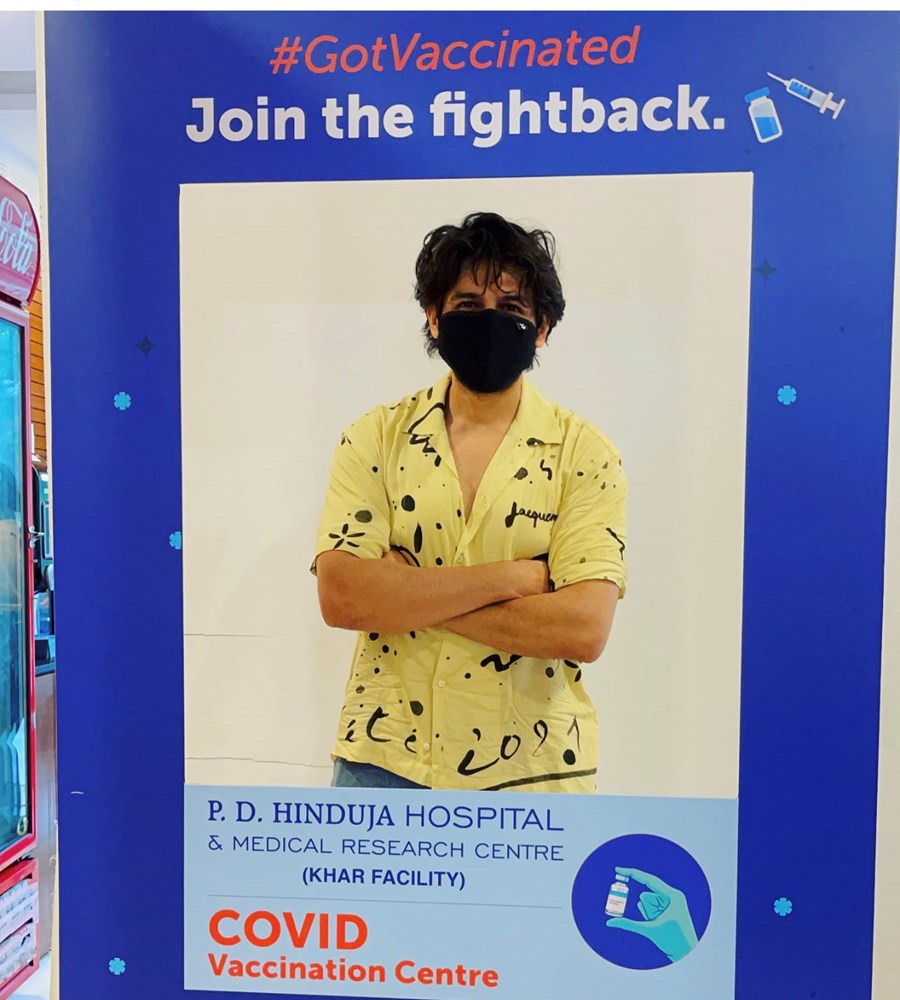 Actor Kartik Aaryan just took to his social media profile and shared a picture of himself after getting his corona virus vaccine at Hinduja Hospital, called it Antibodies uploading.

Sharing the news about his vaccination, Kartik dropped a picture of himself on social media, where he seen standing in-front of vaccine drive placard and wrote, “Now loading: Antibodies…”

After devastation caused by second wave and biggest vaccine drive organized by Indian Government, the B-town celebrities are sharing their picture on social media while getting jabbed to create awareness.

He also has two films lined up. He will be seen in Bhool Bhulaiyaa 2, which also stars Tabu and Kiara Advani. The actor also has the film Dhamaka’ lined up, which is slated to release on an OTT platform.

Kartik was recently in the news for his controversial exit from the Karan Johar-produced “Dostana 2”.