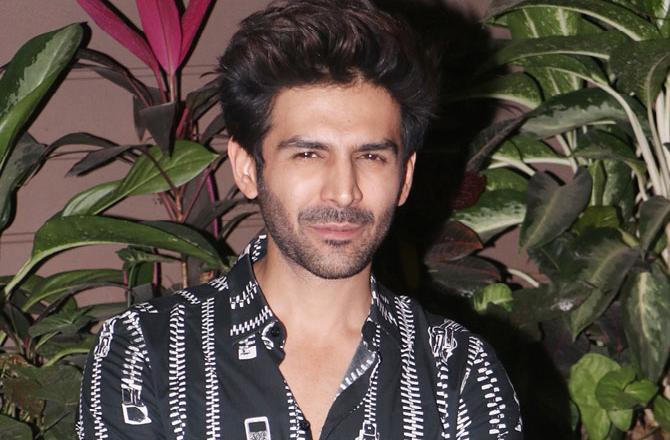 After his last film, Love Aaj Kal, received a lukewarm response from the audience, Kartik Aaryan is now gearing up for his next, Dhamaka, which seems to feature the star in a more serious role. Speaking about the film, among other things, Kartik Aaryan tells us why his ‘lover boy image’ is a privilege that he will never give up.

In a chat with ETimes, Kartik shares, “Dhamaka is going to be a pleasant surprise for everyone. Yes, it’s a thriller, but it’s so much more. It keeps you on the edge throughout and talks about so many relevant things that are going on in our society right now. It’s my most commercial film yet.”

He added, “However, I’m never shedding the lover boy image. It’s a privilege that doesn’t trouble me at all. My favourite lover boy is still Shah Rukh Khan and so is India’s. Even after Dhamaka, I have horror-comedy, rom-com and family films coming up. I’ll keep doing a variety of films. I feel blessed to have a line-up covering so many genres.”

Talking about how he’s looking to expand the ‘Kartik Aaryan brand of cinema’, the Pati Patni Aur Woh actor says, “Light-hearted is still the flagship. The more of my ‘light-hearted’ work people enjoy, the more they will look forward to my hard-hitting roles.”

Aaryan’s last release, Love Aaj Kal, didn’t do as well as the original film starring Saif Ali Khan and Deepika Padukone. When asked about how he handled it, he says, “I don’t think I had to ‘handle’ anything. When I was offered Love Aaj Kal, I was most excited about the process of working on an Imtiaz Ali love story. The process completely lived up to my imagination. I have learnt so much from being on Imtiaz sir’s set, and the energy was on another level. It has given me so much as an actor that I genuinely never bothered about the outcome.”

Well, here’s wishing Kartik Aaryan all the best for Dhamaka. We can’t wait to see what the actor has in store for us!