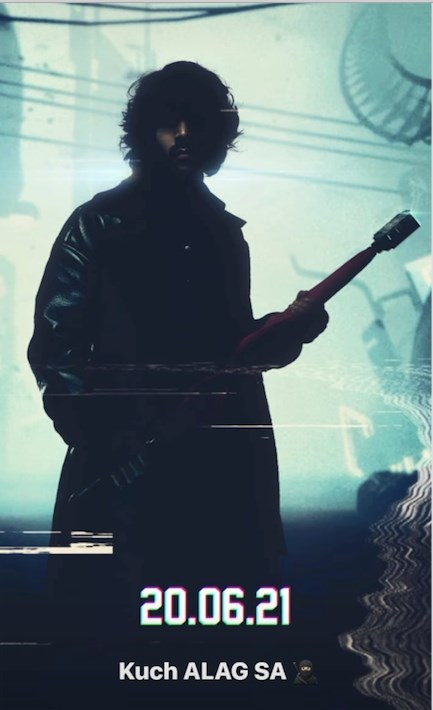 Kartik Aaryan recently completed a decade in the industry. The actor who started his career with the film ‘Pyaar Ka Punchnama’ in 2011 has come a long way. Today he has a huge fan following and now he is all set to entertain his fans with something new.

Sharing a poster of himself in an all new avatar, he wrote,”Aa raha hai kuch ALAG SA..Take  guess,” In the poster he can be seen standing in front of a graphical backdrop, wearing an overcoat, with long hair and a shaft in his hand.

His fans are loving him in this new avatar. As soon as he asked them to take a guess, they have been speculating on what is this news? Some are suggesting. it is the trailer release of Dhamaka, his upcoming film while others are taking a wild guess of him playing a game character. Whatever be it, the  suspense will be finally revealed on 20 June as mentioned by the actor.

Kartik has been in the news for a while after Dharma Productions announced that he is no more a part of Dostana 2. Last week, there were speculations of him being ousted of filmmaker Aanand L Rai’s upcoming film too.

While on the workfront, he will next be seen in Ram Madhvani’s ‘Dhamaka’ alongside Mrunal Thakur . The film is an official remake of 2014 film ‘The terror Live’. He will be seen playing the role of a journalist in the film who reports an incident about a bomb blast in real time.

He will also be seen in Bhool Bhulaiyaa 2 which is being directed by Anees Bazmee.  It is a sequel to Priyadarshan’s horror comedy film ‘Bhool Bhulaiyaa’. The film stars Kiara Advani and Tabu alongside him.