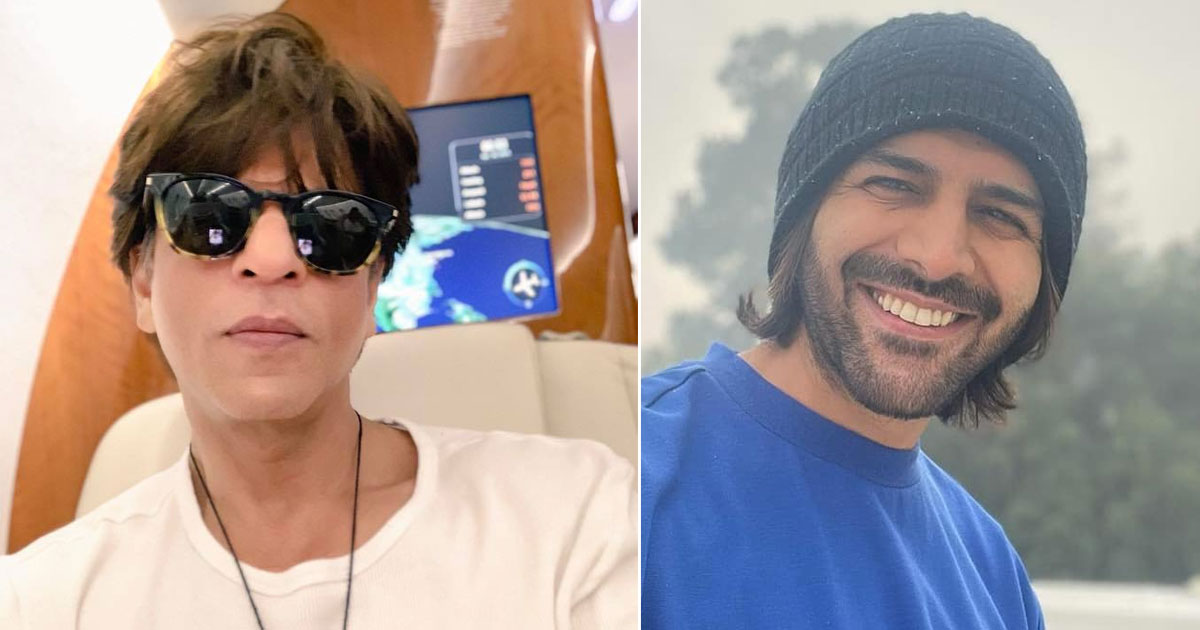 Kartik Aaryan’s forthcoming films Dostana 2 and Bhool Bhulaiyaa 2 have been delayed further due to the ongoing pandemic. As a result, the actor has been on the lookout for a quick film. Now the actor seems to have locked his next film with Shah Rukh Khan’s Red Chillies Entertainment.

Kartik made headlines recently for his recent Goa trip with rumoured girlfriend Janhvi Kapoor and finishing the shooting of the film in just 10 days. Now the actor once again made it to the headlines for signing up an unusual love story produced by SRK.

A source close to the development revealed to Bollywood Hungama, “Kartik Aaryan has been in talks with Shah Rukh Khan’s banner for this Ajay Bahl directorial film for a while now and finally, everything has fallen in place and the actor is all set to start shooting for the film within the next 2 months.”

The untitled film is completely different from Ajay Bahl’s last directorial Section 375, which is an intense drama based on s*xual harassment. The source claims that the untitled film starring Kartik Aaryan will be a rom-com with a social message. “The casting is currently underway and the female lead, as well as the rest of the members, will be locked soon,” the source said to the publication.

Meanwhile, Kartik Aaryan has an interesting lineup for the year ahead. Apart from Dostana 2 and Bhool Bhulaiyaa 2, he will be seen in Ram Madhvani’s film Dhamaka which has been sold to streaming giant Netflix for a whopping Rs 85 crores. A source said to Pinkvilla, “Dhamaka is one of the most awaited films of Kartik Aaryan in 2021 and the makers are looking forward to unveiling it as soon as possible. As of now the tentative release date for Dhamaka is said to be June. Final paperwork between the production house and the OTT giant is expected to be done in a few days.”

Alongside Kartik Aaryan, Mrunal Thakur will also be seen in a lead role. The film marks as the first collaboration of the two stars and fans are eagerly waiting for it to be released on the OTT platform. The film is the remake of Korean film, The Terror Live.

Must Read: When Varun Dhawan Said David Dhawan & His Mom Had Given Up On Him & Adopted Natasha Dalal!