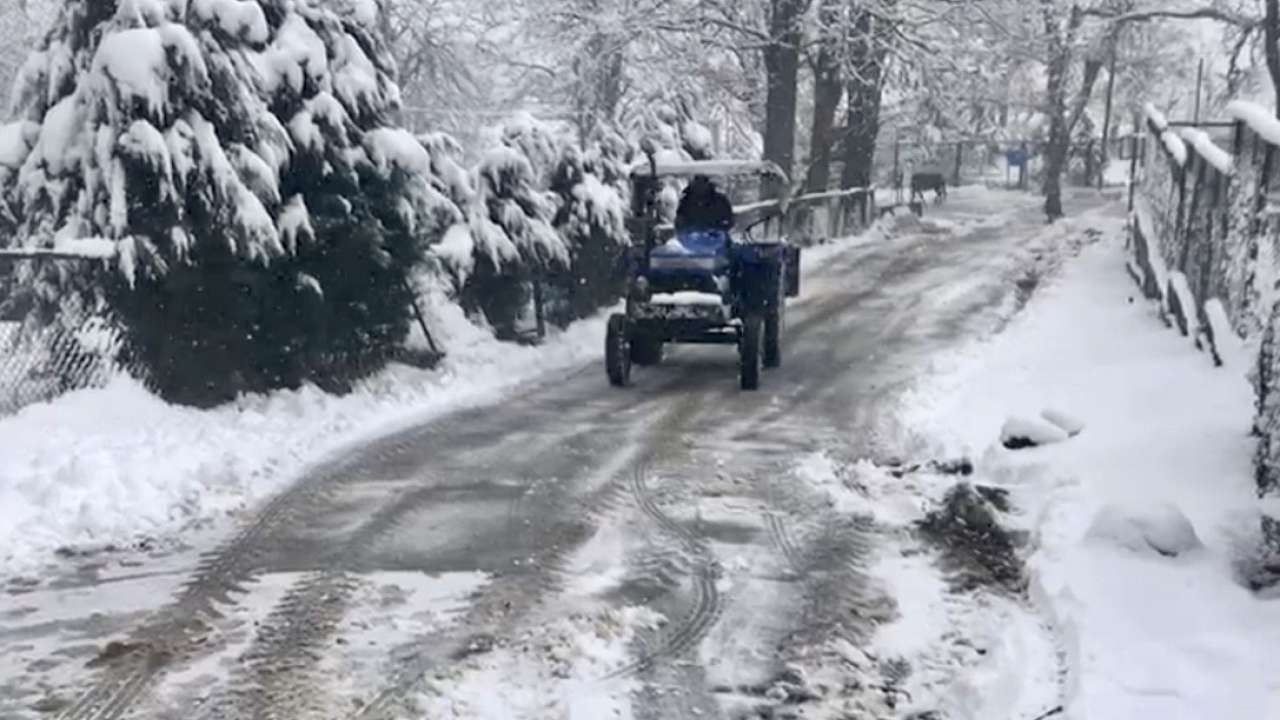 Most of the plain areas in Kashmir experienced the season’s first snowfall on Monday, leading to the closure of the Srinagar-Leh road which connects the valley with Ladakh.

The Jammu-Srinagar National Highway was closed for traffic on Monday due to fresh snowfall and landslides in Ramban district.

Following the adverse weather forecast in J&K on Monday and Tuesday, authorities on Sunday had issued an avalanche warning for higher reaches in the Kashmir division.

People have been advised to avoid unnecessary movement outside their homes.

The MeT office has issued an ‘Orange Colour’ weather warning for the higher reaches of J-K and Sonmarg-Zojila axis on the Srinagar-Leh road.

The MeT department said light to moderate snow with heavy falls at isolated places was reported from many areas of Kashmir, a few places of Jammu and Sonmarg-Drass axis.

This spell is most likely to give good snow/rain in the Pirpanjal area Gulmarg, Ramban-Banihal, Shopian, Poonch-Rajouri and Zojila especially during November 24-25.

Srinagar recorded the coldest night of the season as the minimum temperature dropped several degrees below the freezing point across Kashmir on Sunday.

Two stocks to buy for next one month, charts show strong support; Nifty may...

Vegoil imports to be higher at 13.75 mt this season