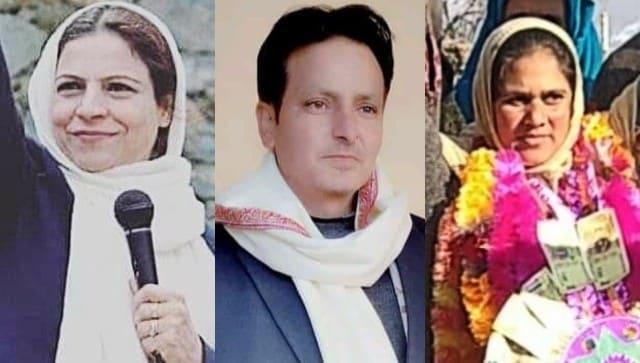 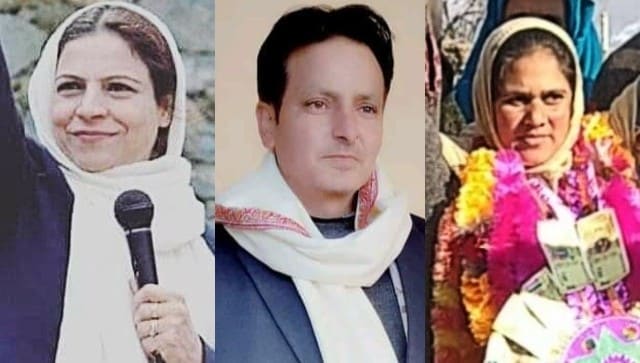 Srinagar: Last month, twenty-four-year-old Rozia Banoo took a plunge into electoral politics with one pledge: she will mend broken roads, provide regular electricity and water to the Central Kashmir area of Sukhnag in Badgam.

After being elected a member of the Jammu and Kashmir District Development Commission (DDC) from the Sukhnag constituency earlier this week, Banoo a candidate of the People’s Democratic Front (PDF) said, she will deliver on her promises.

Like Banoo, other winners of the local body polls, see the results as an opportunity to work towards the development of their constituencies.

While People’s Alliance for Gupkar Declaration (PAGD), an amalgam of several Kashmiri parties, raised the pitch for the restoration of Jammu and Kashmir’s special status in the polls, on the ground, several of the candidates from smaller parties and independents won on the promise that they were the right candidates to resolve the developmental issues.

The elections came over a year after New Delhi revoked the special status of the erstwhile state of Jammu and Kashmir on 5 August, 2019, which saw widespread pro-freedom protests in Kashmir.

On Tuesday, after the final result was announced, PAGD had won 110 seats while the BJP emerged as the single largest party taking home 75 seats. The Congress and Jammu and Kashmir Apni party won 26 and 12 seats, respectively. A large chunk of the seats, 50 in total, however, went to independent candidates like Banoo.

Nazir Ahmad Khan, an independent candidate, who won on the promise of development in the Central Kashmir area of Beerwah remained one of the ardent opponents of former chief minister Omar Abdullah for failing to address the issues in his constituency.

A leader of the Jammu and Kashmir National Conference, Omar was an MLA from Beerwah before the Central Government scrapped Article 370. His party fought the election with several other local parties as part of PAGD. Some leaders of the PAGD or Gupkar Alliance have described the DDC polls as the Centre’s alternative to Assembly polls in Jammu and Kashmir.

However, the Gupkar Alliance describes the higher voter turnout in the local body polls as people’s support to their demand for the restoration of the special status of Jammu and Kashmir.

“Yes, restoration of Article 370 is something which is more vital, but development is the core plank which I promised to the people of my area,” said Rozia.

Khan said that the “issues of local development” were as vital in Kashmir now as they were before the revocation of the special status.

“Omar did nothing here. He is a failure, an utter failure. That is why people voted for me,” he said.

“Our remains one of the most neglected areas. We have issues of connectivity, several areas are without roads, and electricity is a nightmare,” he said.

“Whether you get freedom or are with Pakistan or continue to remain part of India, there are some basic necessities which you require everywhere. Roads, water and electricity are vital everywhere,” he added.

Safina Beigh, the wife of former deputy chief minister Muzafar Hussain Beigh, was livid about the condition in the northern Kashmir area of Wagoora where she won her first election.

“Power infrastructure is just horrible. Wires hang from the trees. It has remained one of the most neglected areas despite several ministers representing the constituency,” she said.

“The DDCs are the best democratic forum and as part of third-tier democracy they have been already functional in the rest of the country,” said Beigh who won as an independent candidate.

“What is important is that the constituencies need to be financially empowered. There should be no issues of funds,” she adds.

Beigh said that people have been reaching out to her asking her to contest polls due to the neglect they faced for several years. “The elections are the answer from my voters that they are for strengthening democracy and Kashmiris can’t be only be seen as stone-pelters,” she said.

Khan said that children in Beerwah have poor access to schools and the cases of government pension to widows have remained pending for several years. “People have reposed faith in me. These forums are primarily meant to usher in development,” he said.

On the second day of the polling results in Kashmir, the candidates led the victory processions in several areas and thanked the people for voting them to power.

Khurshid Ahmad Shiekh, 50, who won the elections as a PDF (the party won only two seats in the DDC polls) candidate from Ratsun in Budgam said that several areas in the constituency are facing an acute shortage of water.

“People have to travel a long distance to fetch home water from ponds. In the dry season, agricultural activities get drastically hampered due to the water shortage. There are also no playgrounds and I promised the people that I will help address these issues on priority. We face heavy power cuts and that is another area that I want to work on,” he said.