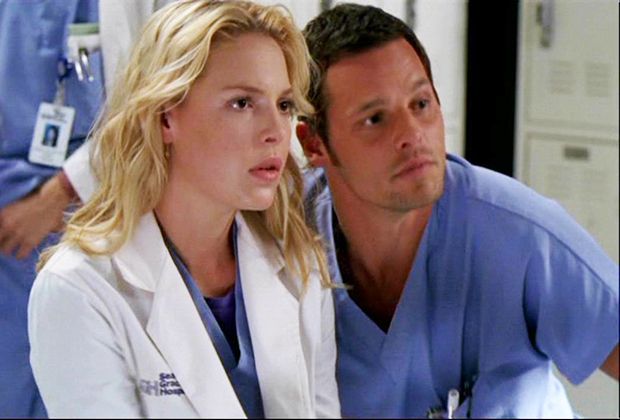 The former Grey’s Anatomy actress is weighing in for the first time on the ABC drama’s decision last year to reunite Alex and Izzie as a means to explain the abrupt departure of Justin Chambers.

Asked about the twist by Entertainment Tonight, Heigl mused, “Wasn’t [Alex] with someone?” — referring to his then-bride, Jo. Heigl, who maintained that she did not see the episode in question, then added, “Listen, isn’t that an a**hole move?”

Grey’s showrunner Krista Vernoff previously acknowledged that she was backed into something of a corner when it came to writing out Alex, since Chambers was unavailable to shoot a proper exit for his character.

“At the end of the day, there were three choices,” the EP explained to TVLine. “Kill Alex off camera; have Alex be alive and in Seattle — and still married to Jo — and we just never see him; or [reunite him] with Izzie.”

As we learned in the March 5 episode, Vernoff went with Option 3, which she saw as the only viable one. Killing Alex would’ve been “cruel to everyone — particularly Meredith and Jo,” she says of the character’s BFF and wife, respectively. “There was no way to not put those characters through gut-wrenching, ongoing grief if we had killed Alex off camera.”

Heigl — who will next be seen in Netflix’s 10-episode drama Firefly Lane — told ET there was little chance she would ever return to Grey’s. “I would never say never,” she hedged, before adding, “but it’s not likely.”