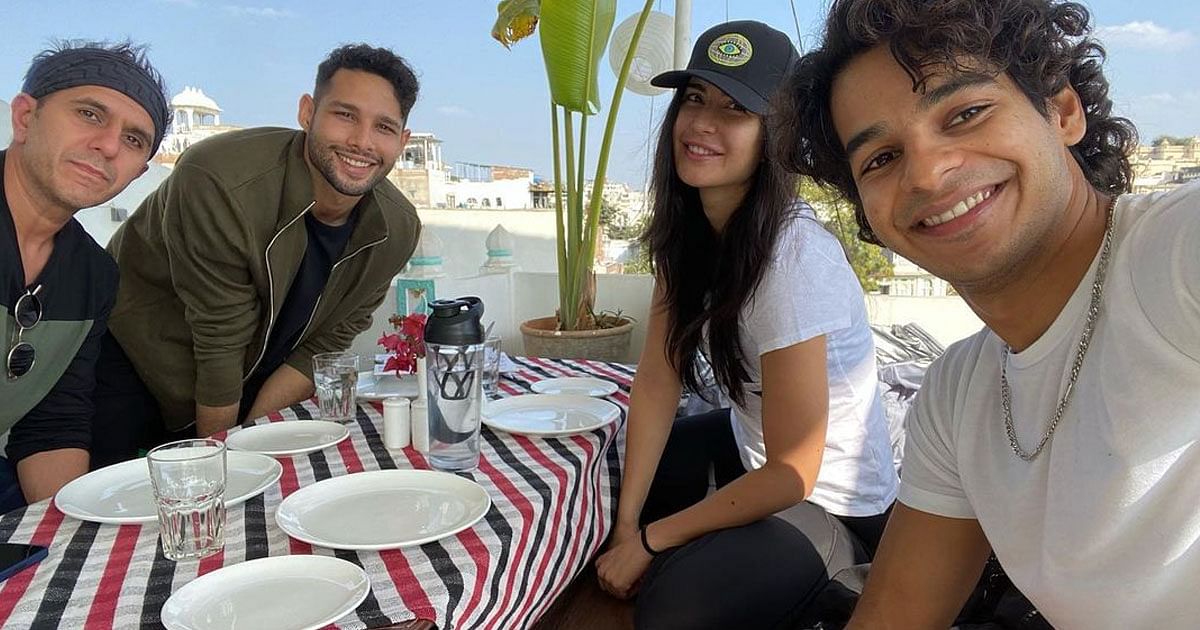 Actress Katrina Kaif has started shooting for her upcoming horror-comedy Phone Bhoot and, going by pictures she posted on Thursday, she has found a new gang to get join thanks to co-stars Ishaan Khatter and Siddhant Chaturvedi.

Katrina shared a couple of pictures from the set where she features with Siddhant and Ishaan. The trio are captured enjoying a lake-side view at Udaipur, where the film is being currently shot.

Katrina Kaif described the Phone Bhoot gang with emoticons of a phone and a ghost, and the word “gang” added to it.

Directed by Gurmmeet Singh, the film is produced by Farhan Akhtar and Ritesh Sidhwani.

The actress was last seen in 2019 film Bharat alongside Salman Khan. Last year, she made a cameo appearance in the Irrfan Khan-starrer Angrezi Medium.