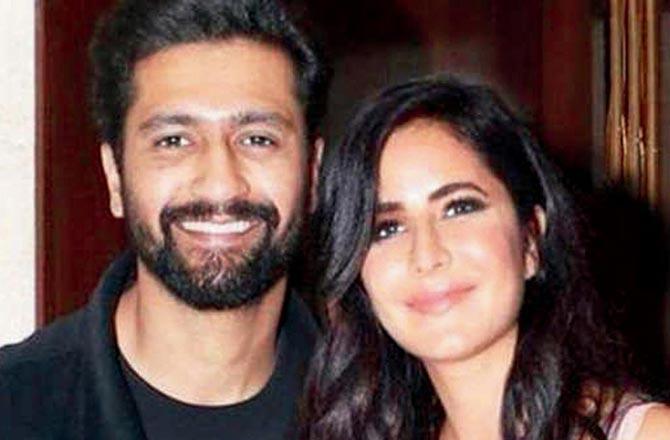 While rumour mills have been rife about something brewing between Katrina Kaif and Vicky Kaushal, they are keen to keep their rumoured romance under wraps. The latest news on their front is that they ushered in 2021 together in Alibaug. Kat was accompanied by sister Isabelle, and Kaushal was with actor brother, Sunny. The four are said to get along fabulously.

It is also believed that the duo celebrated Christmas together, where brother Sunny Kaushal also accompanied the leading actor, including Karan Johar, Ananya Panday, Ishaan Khatter and Kabir Khan.

Also Read: Katrina Kaif has a special guest as she celebrates Christmas

On the professional front, Katrina Kaif has Tiger 3, Sooryavanshi and horror-comedy Phone Bhoot, which is directed by Gurmeet Singh. The film stars Siddhant Chaturvedi and Ishaan Khatter alongside Katrina.

For the uninitiated, Vicky Kaushal kickstarted his acting career in Bollywood opposite Shweta Tripathi with Masaan. The actor was last seen in Bhanu Pratap Singh’s Bhoot Part One: The Haunted Ship. Kaushal is all set to play a titular role in Shoojit Sircar’s Sardar Udham Singh, Aditya Dhar’s Immortal Ashwatthama, and Yash Raj Film’s comic caper, opposite Manushi Chillar.