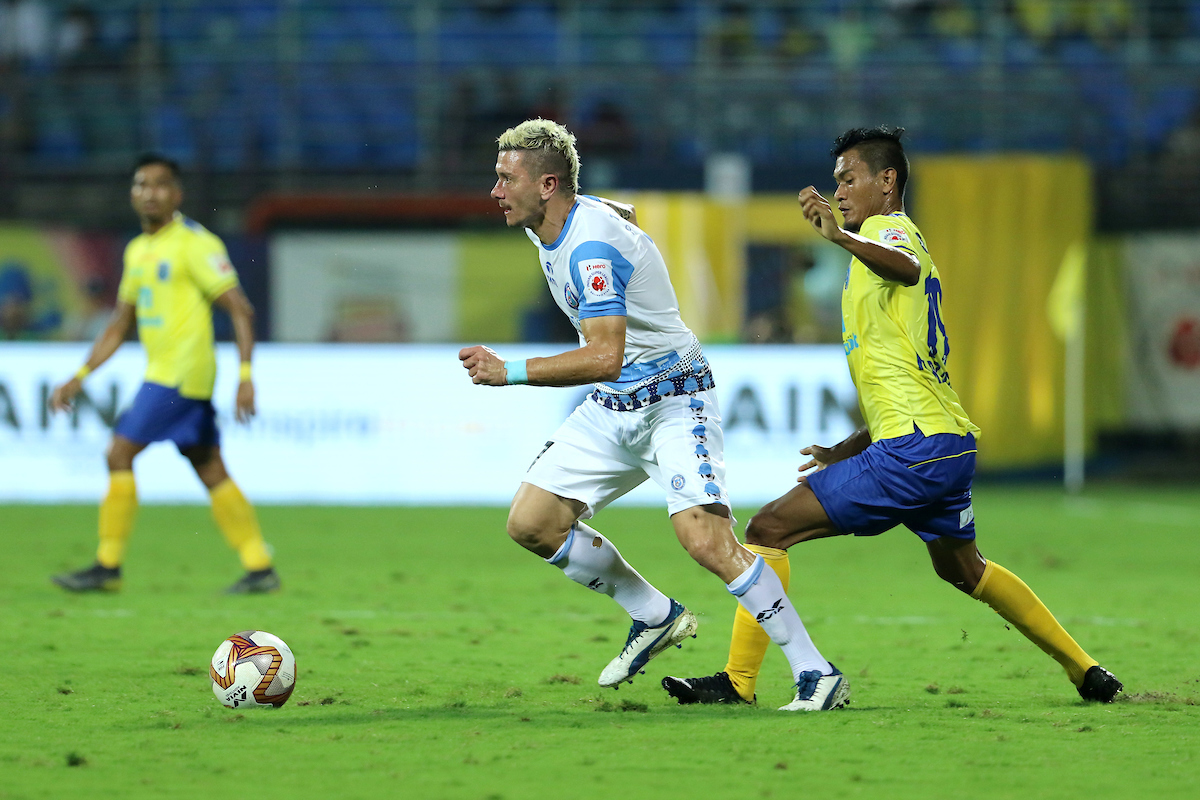 KBFC Vs JFC Fantasy Team Kerala Blasters Vs Jamshedpur Indian Super League 2020-21 Dream11 Team Picks, Probable Playing 11 And Match Report,Up against Goa, Kerala Blasters’ resurrection was put to its true test. The showdown was going to determine if the side had to capability to keep its resurgence going come no matter what.

And the gritty and gusty 1-1 draw on the day alluded towards the club’s exceptional fortitude. Although the side still has a massive distance to cover before it can make its way into the top 4, the team’s run of four unbeaten matches shows that they are up for the fight.

The club will take to the middle today knowing that a win for them will see them ease past Jamshedpur in the points tally.

Where Kerala Blasters are giving a good account of themselves, Jamshedpur on the other hand have stuttered in form. Their treacherous form will continue today as well with Kerala Blasters extending their undefeated run to five matches.

Up against a daunting Goa attack, Kerala Blasters’ Albino Gomes refused to be fazed to pull off a match saving performance for his side.

Sandeep will be slotting in alongside him with the player doing reasonably well ever since earning a place in his side’s backline.

Jamshedpur on the other hand will see us opt for the tenacious Stephen Eze and Peter Hartley, two players who have not only won challenges but have closed the ball as well.

Alexandre Lima has provided them unstinted support as well, recording a slew of tackles and blocks to win the ball for the club.

Elsewhere, Aitor Monroy has taken centrestage in attack owing to his ability to turnover possession from defence to attack. Rahul KP scored for his side in the foregone clash to see him be accompanied by Vicente Gomez.

If there’s one player capable of winning this outing for Jamshedpur, its their leading scorer. With a staggering 8 goals, striker Nerijus Valskis is well endowed to ease his way past any defence.

Facundo Pereyra snagged an assist for his side the last time around, one which makes him an instant pick for us from Kerala Blasters. He’s going to be partnered up with Gary Hooper with the two forming a riveting partnership.

Facundo’s assist against Goa makes him our captain while Aitor is the vice-captain.