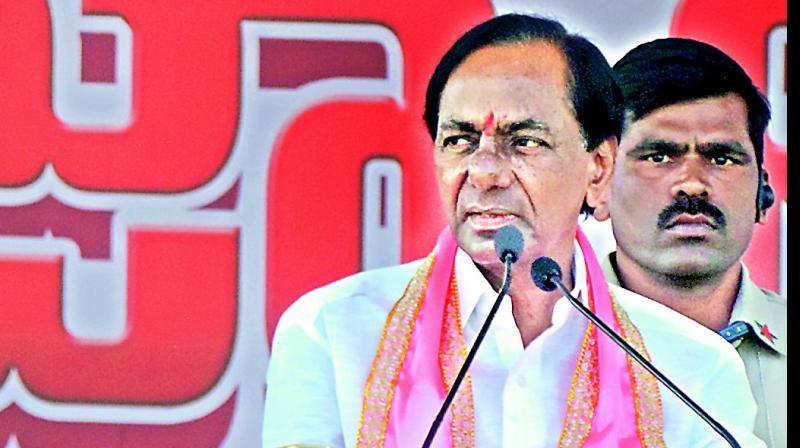 Hyderabad: Keeping the experience of the recent GHMC elections in mind, TRS president and Chief Minister K. Chandrashekar Rao has begun a rigorous exercise for the upcoming elections to the Warangal and Khammam municipal corporations, which would most likely be held in February next, party sources said.

Sources disclosed that Chandrashekar Rao found that party workers at the booth level were not so effective in mobilising voters, and that the candidates also solely depended on the positive vote without working to mobilise voters.

Sources said that the party chief felt that there was an urgent need to strengthen the booth level mechanism and the party has to first concentrate on strengthening these committees in the Khammam and Warangal municipal corporation areas.

Though the BJP previously had no stronghold in Warangal and Khammam municipal corporations, Congress, TD and Left leaders in both cities are rallying towards the party after the GHMC election results.

After the GHMC elections, BJP leaders are extensively touring both cities to attract strong leaders from other parties into the BJP to build up the party base, as well as galvanise the cadres and voters.

Sources in the TRS said that Chandrashekar Rao was watching political developments in both cities. He has asked the district ministers to keep a tab on movements of Congress and BJP leaders as they could try to poach TRS leaders.

Sources revealed that Chandrashekar Rao was likely to tour both cities in the coming days to gear up the party cadre and leaders.