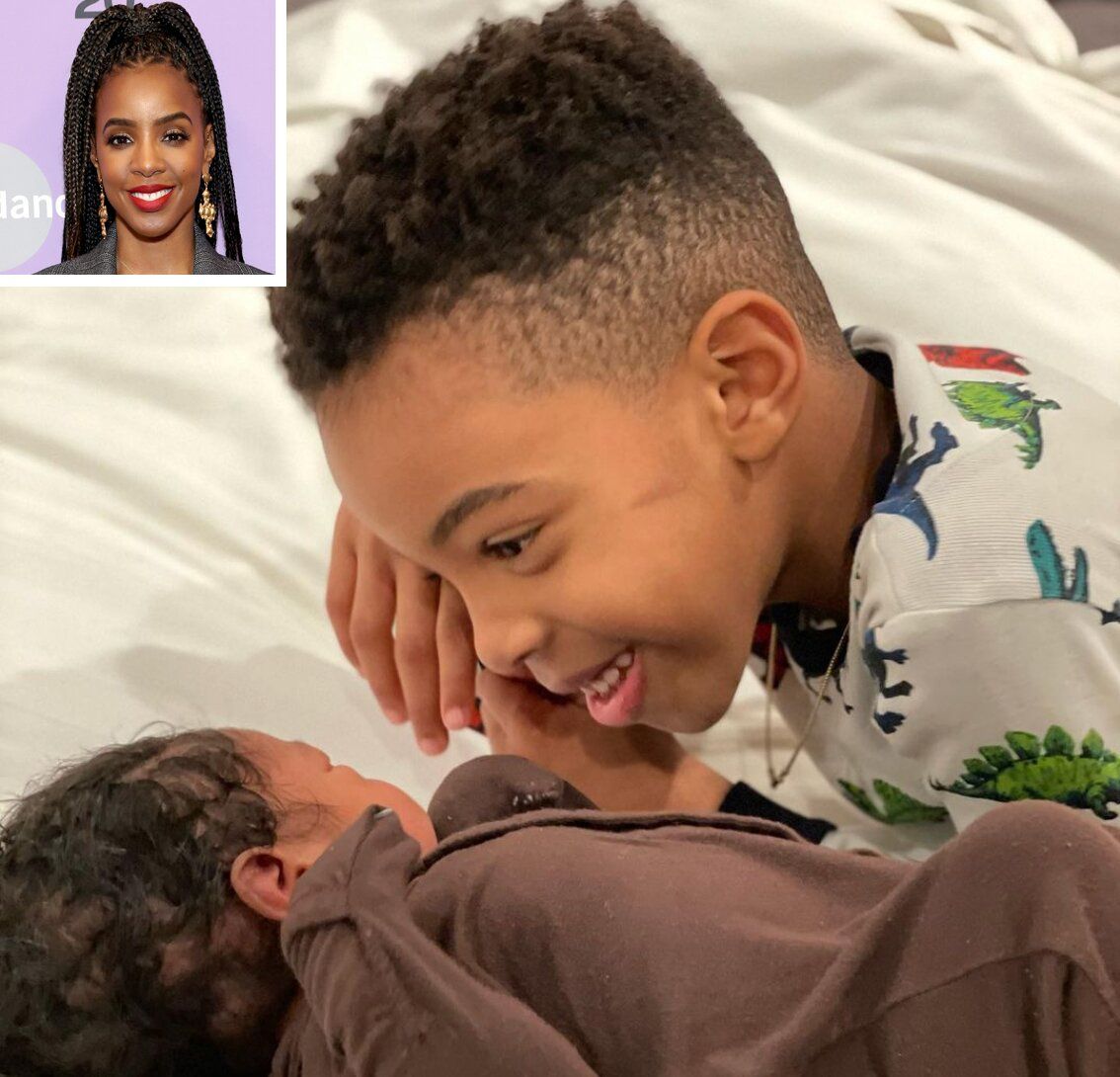 “On the 21st day, of the 21st year, of the 21st Century, Noah Jon Weatherspoon greeted us,” she wrote on Instagram alongside an adorable shot of her newborn spending time with his big brother Titan Jewell, 6.

Rowland opened up to PEOPLE in October about expecting her second baby and how her older son was eager to welcome his new sibling to the family.

“Me and my husband were in the middle of COVID just like everybody else … and there’s not much to do in the house,” she joked at the time. “We were like, ‘We’ll just try for a baby, we’ll see what happens because we don’t know how long this is gonna last.’ “

“Literally, by the grace of God, God blessed us with a new life. We’re just really excited,” the Destiny’s Child alum added.

The artist said above all else, her son couldn’t wait to meet the baby, teasing at the time: “Titan already named the baby. He knows what he’s having and he is excited,” said the mom, joking, “But when the baby’s here, that’s when you’re really gonna know what the deal is, because he’s used to all the attention.”

RELATED GALLERY: See All of the Celebrity Babies Born in 2020

When Rowland gave birth to her son in 2014, her labor was induced, but she told PEOPLE in October that she wanted to try things differently with baby No. 2. “I want to feel the shock,” she explained. “It’s probably just movie magic, but I want the movie magic moment where it’s like, ‘Oh my God, my water broke.’ “

“But if it gets from zero to 100 and then you’re like, ‘Oh, what have I done’ … I’m not trying to feel what the ring of fire truly feels like!” she added

Will there be a third baby soon? Rowland further added that she is “closed for shop, ladies and gentlemen,” when it comes to having another child. “I didn’t know it was going to be like this the second time around, which makes it my last, that’s for damn sure,” she previously told PEOPLE.

Back to Top
Close Add post
X
Grammy-Nominated Producer SOPHIE Dies at 34 Following ‘Terrible Accident’…EntertainmentSOPHIE, an avant-garde pop producer and musician, has died at age 34."Tragically our beautiful Sophie passed away this morning after a terrible accide…