The 29-year-old added to her 3,000m steeplechase world record with a time of 14 minutes 43 seconds in Monaco. 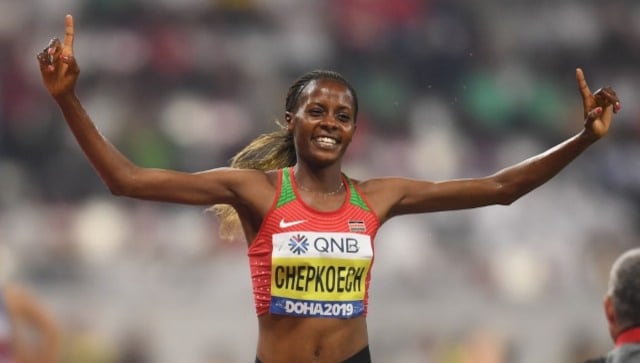 Paris: Kenya’s Beatrice Chepkoech set a new road five-kilometre world best time on Sunday, beating the old mark on the streets of Monaco by one second.

The 29-year-old added to her 3,000m steeplechase world record with a time of 14 minutes 43 seconds in Monaco.

“Even though there was a lot of wind, I managed to run right on pace,” she said.

“In the end, my pacemaker (Luuk Maas) told me ‘we can do it, let’s push it’. I’m really happy with this world record!”

The former best time of 14:44 was set by New Zealand’s Sifan Hassan in 2019, also in the Principality.

The men’s race was won by Uganda’s Joshua Cheptegei in 13:13, well outside his own world record of 12:51 established in Monaco 12 months ago.