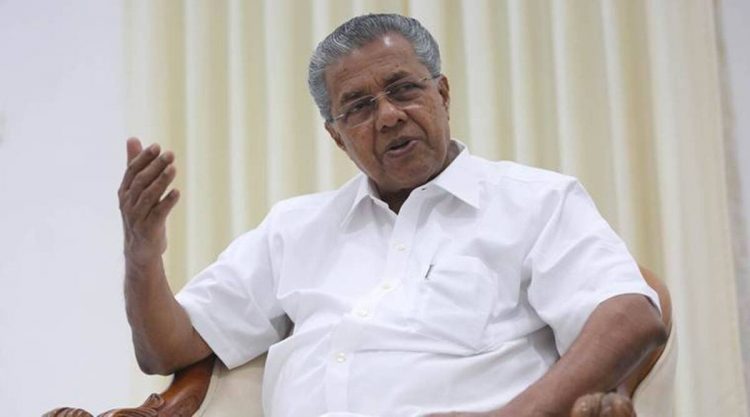 Kerala Chief Minister Pinarayi Vijayan on Wednesday slammed the NDA government at the Centre alleging that they were protecting the interests of corporates and not farmers, and demanded withdrawal of the three contentious farm laws, against which farmers are protesting near Delhi.

Averring that the ongoing farmers’ agitation was one of the fiercest and most iconic of such protests ever witnessed
in the country, Vijayan said farmers were the food-givers of the country and so their demand should be seen as the general
interest of the nation.

While inaugurating a Left front-supported meeting at the Martyr’scolumn here to express solidarity with the agitating farmers, he also accused the union government of taking back to back tormenting steps against ryots and attempting to quell the protests by creating communal division in the society.

Vijayan came down heavily on the controversial farm laws a day after Kerala Governor Arif Mohammed Khan declined approval for a special assembly session planned on Wednesday by the Left government to discuss and pass a resolution against it.

However, the Left veteran, in his brief speech, did not refer to the suspended special assembly session or the widely
criticised act of Governor Khan denying approval for it.

“The BJP government at the Centre is not upholding the interest of farmers. They are giving importance to the interest of corporates above all. The Centre should be ready to accept the demands of farmers,” the Chief Minister said.

He pointed that if there was any scarcity of food articles in the country, it would affect all states, including Kerala, and so the farmers’ agitation should not be seen as confined to any particular area alone.

“Our state is still not self-sufficient in many areas. So, if there is any shortage of food articles, the crisis would affect all states including Kerala. As we are also part of this country, the farmers’ issues will affect us also. That’s why we have decided to support and be a part of the agitation,” he said.

Khan’s decision on Tuesday had evoked a sharp response from the government side with Agricultural Minister V S Sunil
Kumar calling it “undemocratic”, while opposition Congress leader Ramesh Chennithala said it was unfortunate and against “democratic values”.

However, the state BJP had welcomed the governor’s action, saying the attempt to pass a resolution against the laws passed by Parliament and given assent by the President was unconstitutional.

The special session decision was taken in the backdrop of thousands of farmers, especially from Punjab and Haryana,
camping at various borders of Delhi for almost four weeks demanding the repeal of the three agricultural laws.

The farmers are apprehending that the new laws will pave the way for a dismantling of the Minimum Support Price (MSP) mechanism and the mandi system, leaving them to the “mercy” of big corporates. But the government has been saying these fears are misplaced and offered to hold fresh talks with them to resolve the crisis.