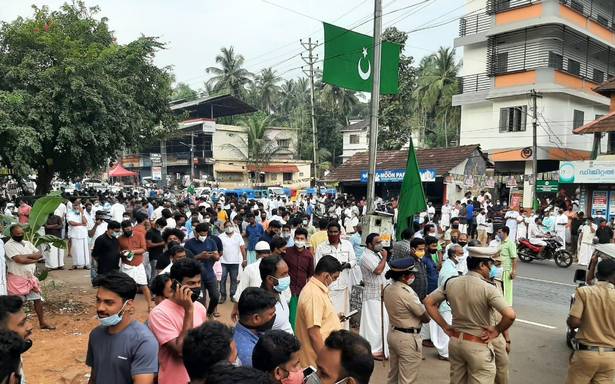 The counting of votes polled in the 2020 local body elections in Kerala has kicked off in 244 centres across the State. The results are expected to be declared by afternoon, according to the State Election Commission.

With all political fronts keeping their fngers crossed, the results of the three-tier local body polls in the State are likely a template for the Assembly polls due in another four months. The local body elections were conducted in three phases on December 8, 10 and 14. The public can keep track of the election trends on trend.kerala.gov.in.

Kudumbashree has pride of place on poll map

In 2010, Shinija contested the local body elections, won, and went on to become the development standing committee chairperson. Ten years later, she is standing for the elections again – from the 12th ward of the panchayat.

Like Shinija, 16,864 other Kudumbashree women are eagerly awaiting the results of the local body elections on Wednesday. Kudumbashree women, in fact, form a good chunk of the 36,305 women candidates (46.5%) in the fray.

Meanwhile, the Bharatiya Janata Party (BJP) took early lead in two seats in Palakkad Municipality when the counting of votes started at 8 a.m. Palakkad was the only municipality under the BJP rule in Kerala in the last five years.

Prohibitory orders in parts of Kozhikode

Counting in Kozhikode district will take place at 20 designated centres. To ward off  any possibility of violence, the District Collector has issued prohibitory orders in politically and communally sensitive areas, all coming under the police station limits of Vadakara, Nadapuram, Valayam, Kuttiyadi and Perambra. This will be in force till 6 p.m. on Thursday.

Kozhikode district had recorded a voter turnout of 79.23%. – Biju Govind

Postal ballots, including special postal ballot papers issued to COVID-19 patients and quarantined electors, are being counted first. The counting of votes recorded in the electronic voting machines (EVM) will be taken up by 8.30 a.m.

The results of the grama panchayat elections are expected to be out first. The counting process is conducted by observing COVID-19 protocols in view of the worrying COVID-19 situation in Kerala.