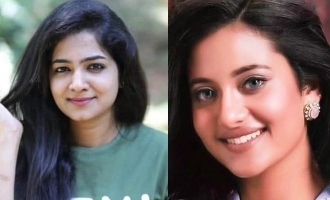 Former Miss Kerala  Ansi and Anjana were killed in a car accident on the Vyttila-Palarivattom Bypass in Kochi in the wee hours of November 1 after the Ford Figo they were travelling in crashed into a tree by the road.

Their car met with an accident with a bike and overturned, following which the vehicle crashed into a tree. The models died on the spot. The other passengers in the car, Mohammad Aashiq, and Abdul Rahman were rushed to the nearest hospital. Mohammad Aashiq, who was in critical condition, later succumbed to his injuries. Later the police arrested the lone survivor of the car crash Abdul Rahman for the offence under section 304 (Culpable homicide not amounting to murder) of IPC.

The police probing the case had found CCTV visuals that showed that before the accident, the Ford Figo in which Ansi and Anjana were travelling was being followed by an Audi car. Later, CCTV visuals had shown Roy coming out of the Audi, checking the wrecked Ford Figo, and then driving away.

Though police have been ruling out any foul play in the accident, a chain of events that occurred before and after the accident raises several questions that remain unanswered. A major arrest came only after 17 days when the police booked Roy J Vayalat, the owner of No 18 Hotel, and five staff members for tampering with evidence. This much-delayed arrest occurred following a mounting public protest against an apparent attempt to hide evidence from the party at the hotel on October 31.

The police believe that there could have been a party at Hotel No 18 in Fort Kochi and that Ansi and Anjana were returning from the party with two other friends when the accident took place. However, there was no CCTV footage retrieved from the hotel. The police have now arrested Roy George and five others for allegedly destroying the CCTV footage at No 18. On the other hand, the driver Abdur Rahman had alleged that the other car chased them, and that’s why the accident took place.