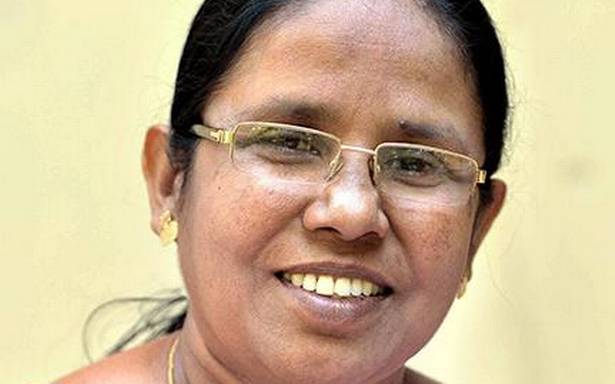 Speaking to reporters here, the Minister said a detailed report was expected later today and the State was prepared to deal with cases involving the new variant.

Health Minister K.K. Shylaja said that no samples collected in the State was found to be positive with a variant of SARS-CoV-2 virus reported from the U.K.

Speaking to reporters here, the Minister said a detailed report was expected later today and the State was prepared to deal with cases involving the new variant. Those coming from abroad will be monitored and there is nothing to worry about, the Minister said, stressing the importance of staying vigilant.

Ms. Shylaja said the State was on high alert as cases involving the genetic mutation were confirmed in the country. “18 people who came to Kerala from the U.K. tested positive for COVID-19. They are under special surveillance,” she said and added their swab samples had been sent to the Institute of Virology in Pune to ascertain if they were infected by the new strain of the virus.

It has 70% more transmissibility than the currently dominant strain and therefore, the Health department is closely monitoring those who arrived in the State from European countries between December 9 to December 23, the minister said.

The new genetically modified virus has been confirmed in six U.K. returnees in the country, according to the Union Ministry of Health.