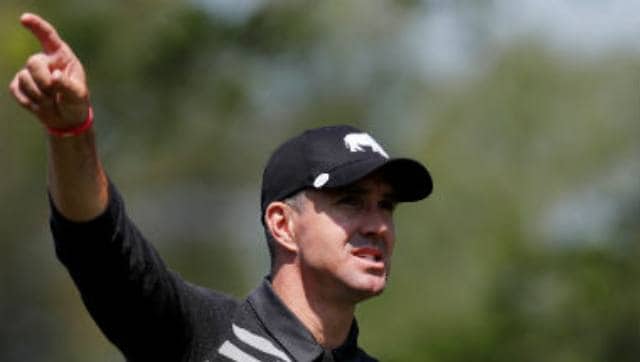 New Delhi: With England set to tour India, former captain Kevin Pietersen on Saturday shared tips on how to go about tackling quality spin bowling given to him by Rahul Dravid some years ago.

Sharing the email sent to him by the Indian batting great in 2017, Pietersen urged the England & Wales Cricket Board (ECB) to give it to struggling duo of Dom Sibley and Zak Crawley.

England openers Sibley and Crawley, who have been named in the squad for the upcoming Test series in India, have been struggling against left-arm Sri Lanka spinner Lasith Embuldeniya, who took their wickets in both the first and second Test of the ongoing series.

Sharing two pages of the email sent to him by Dravid, Pietersen wrote on his Twitter handle: “Hey @englandcricket, print this and give it to Sibley & Crawley. They can call me to discuss it at length if they want.”

Hey @englandcricket, print this and give it to Sibley & Crawley.
They can call me to discuss it at length if they want…!
pic.twitter.com/qBmArq211s

“Crawley & Sibley need to go find the email that Dravid sent me about playing spin. Changed my game,” he wrote in an earlier tweet.

In his email, which was published in Pietersen’s 2014 autobiography, Dravid had discussed how the England batsman should play spin.

“Against guys who bowled a bit quicker (and I grew up playing against Anil) I would look to go forward without committing or planting the front foot,” Dravid had written in the email.

The Indian batting great had suggested Pietersen to practice against Graeme Swann and Monty Panesar without his pads on.

Pietersen was part of the England team that had claimed a 2 1 Test series win in India, That was the last time the touring side had tasted victory on Indian soil in the format.

India will host England in a four-match Test series starting 5 February in Chennai.