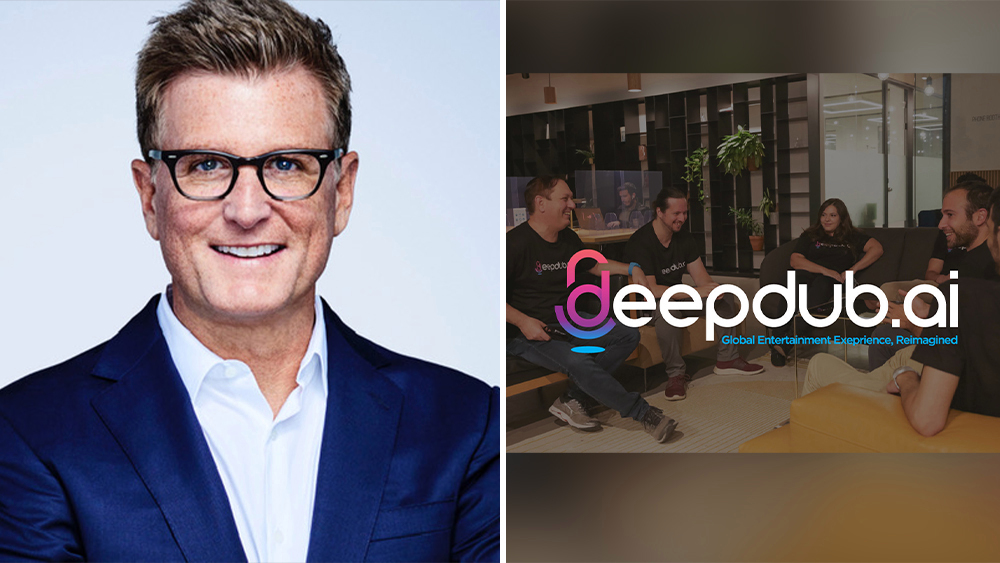 Kevin Reilly, who ended a six-year run at WarnerMedia last summer amid waves of restructuring at the media company, has resurfaced as an advisory board member of a tech startup called DeepDub.

In an interview with Deadline, Reilly described what he sees as a compelling opportunity for the emerging outfit, and said he expects his next professional chapter will not involve a return to the TV executive ranks.

Israel-based DeepDub, which launched in 2019 and debuted its main product just last month, uses artificial intelligence tools to provide localized entertainment programming. As a flood of streaming services come to market with global ambitions, the company is aiming to help make the process of dubbing more seamless and efficient and potentially more appealing to A-list talent. The breakthrough of French-language Netflix original Lupin in the U.S. is just the latest sign of the cross-pollination to come.

“With the advent of global SVODs, you’re lighting up a lot of local markets,” Reilly said. “While that creates still more opportunity to push American fare around the world, you’re seeing the flow come back the other direction and, certainly, a real demand for local content.”

DeepDub presents viewers with on-screen controls to switch languages on the audio track. The next-level potential of the company’s technology, though, is that it uses a combination of machine translation and artificial intelligence to render the voice of a performer in another language. It enables even the most familiar voices to seamlessly shift into another tongue, but with their recognizable timbre, tone and inflection intact. Iconic figures known for their voices (the company played a clip for Deadline that’s not yet ready to go online, but check out a demo reel above) can suddenly become multi-lingual at the touch of a button. It’s AutoTune by way of the U.N.

Traditionally, the global dubbing process is often an expensive proposition, and one full of logistical challenges. Netflix, for example, had to postpone local-language versions of some programming in 2020 due to the coronavirus pandemic, with studios shuttered and voice actors sidelined. DeepDub eliminates the need for such recording sessions, opening up possibilities for content owners, talent and streaming platforms to maximize the potential of titles. The tools also have applications in film, advertising and gaming.

Oz Krakowski, chief marketing officer of DeepDub, describes the company’s process as “voice design.” He said he “cannot mention names,” but noted “we are in discussions with some of the big players in the industry” for deals to deploy the technology.

Reilly acknowledges that a branch of the production world will be significantly disrupted, and not every industry pro will immediately trust technology to serve as a bridge between global cultures.

“There’ll be a debate, but here’s the thing: This is upon us. Last year, the world got introduced to the idea of deepfakes and just how sophisticated that is. That’s the canary in the coalmine,” he said. “In this case, these capabilities will be out there and growing very quickly.” Given that, a priority should be placed on “getting out ahead of them as an industry and co-operating with a company like DeepDub that has the proficiency and the desire to collaborate with partners and bring this legitimacy.”

DeepDub is going to “upend the process,” Reilly continued, but “it’s going to create so many more opportunities. Yes, for the traditional dubbing actor, will this create a challenge? It will. Conversely, it also allows more syndication of voices and legitimate protection of synthesized voices.” In 2021, production methods have evolved dramatically due to technology, he added. “I don’t think there are any practical locations in The Mandalorian. So this is what’s happening and it’s how these tools and platforms are employed.” His hope is that DeepDub can be “disruptive in a healthy way.”

Reilly, whose background includes senior executive stints at Fox and NBC, said he does not anticipate returning to the television executive ranks.

“These last six months have been an incredibly stimulating exploration,” he said. “There’s a variety of things in the works. I’m really thrilled to make this my first kind of poking my head up because it’s indicative of the kind of areas where I want to apply my effort. You’re not going to see me back in a traditional role inside one of these companies. I’ve sort of checked that off the list. There’s a variety of entrepreneurial efforts that I’m looking at. That’s where I’ll be. … You never say never, but I’m certainly not looking at one of those positions anytime soon.”

There is a connection to 21st Century Fox, where Reilly spent five years as entertainment president of Fox Broadcasting Company. Emiliano Calemzuk, former president of Fox Television Studios, is also on DeepDub’s advisory board.