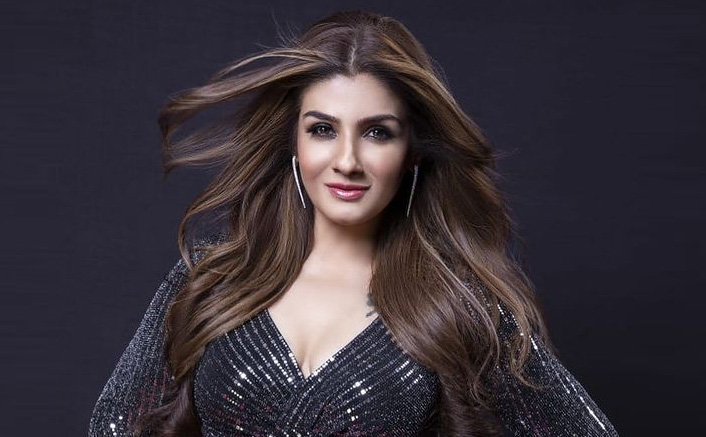 Actress Raveena Tandon has shared a picture doing her final checks before jetting off. The picture is among a string of images she has posted on Instagram that capture her various moods from fixing earrings to taking mirror selfies.

“Final checks, up up and away…” Raveena captioned on Instagram.

Raveena then joined the “Kya karu” viral meme and made a video on it. She posted the video on Instagram, where the actress and her team are seen grooving on the viral song “Kya karu”, made by social media user Yashraj Mukhate, who gained fandom after he created a musical rap out of the dialogue “Rasode mein kaun tha” from the popular television show “Saath Nibhaana Saathiyaa”.

“Ok, utterly corny, but there are some that I can’t resist, just can’t kya Karu? kya Karu? thank you @reemapandit and @anita_matkar for your super supportive performances,” Raveena expressed about her video.

Raveena Tandon is all praise for her KGF Chapter 2 co-star Yash, whom she describes as gem of a person.

“I wouldn’t want to reveal a lot because it has been quite an interesting and different role. Ramika Sen is quite complex, but very powerful at the same time, and has got shades of grey. You cannot predict the movement of my character,” said Raveena.

“KFG 1 had a huge fan following and the second part is also dearly awaited. My first look has quite been loved by my fans and I am sure they are going to love to see Ramika on screen,” Raveena Tandon added.

On working with Yash for the first time, Raveena Tandon said: “It was an amazing experience. Yash is really sweet and a gem of a person. He is super talented and meticulous actor. I had a blast working with him.”

The teaser of KGF Chapter 2 will be unveiled online on January 8, birthday of its lead actor Yash.

Raveena Tandon has also tweeted a new still. It shows an Indian flag placed on a table, with a cup behind, a person is sitting and writing something on a notepad kept on the table.