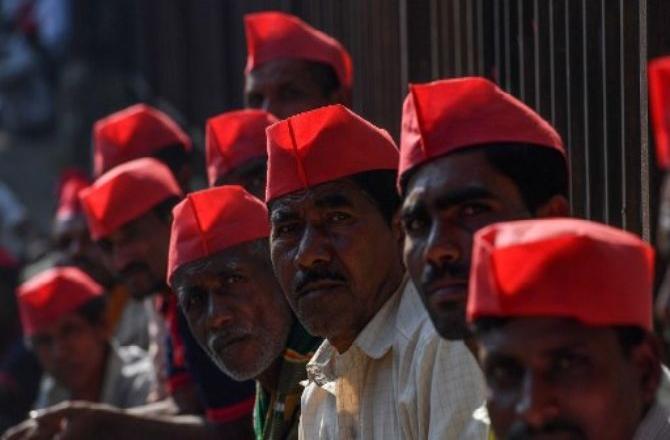 The much publicised ‘Khavti’ scheme of the Maha Vikas Aghadi (MVA) government meant for lakhs of tribals in the state is a naught, if the opinion of the steering committee on it is any indication.

The steering committee, which met to discuss the issue of tenders for the supply of food grains, has concluded that there were no takers for the e-tender for supply of the material for distribution to the tribals.

It also said that at this rate if retendering process is adopted then it will run up to March 2021 and the very purpose of distribution this year will be defeated.

The committee, which examined the entire process in totality, has said that by March the demand for the next year will be in and it was not advisable to go for a retendering process.

The committee added that due to the pandemic, the state was facing a financial crunch and procuring the material was unwarranted. It also said that it was not possible to disburse Khavti aid to the beneficiaries in such a short period.

Moreover, the card holders were getting sufficient food grains under the prevalent Food Security bill and the Pradhan Mantri Garib Kalyan Yojana, said the committee.

Hence the committee has suggested two options– scrap the present e-tendering process and transfer Rs 2,000 to the accounts of the beneficiaries through direct benefit transfer (DBT). Else, it has suggested to totally scrap the tendering process and directly transfer the total sum of Rs 4,000 to the bank accounts of the beneficiaries under DBT.

Incidentally the tendering process itself was started way back in November 2020 and faced a number of road blocks.

Under the scheme of which the MVA government especially the Tribal development minister KC Padvi was proud was to benefit lakhs of tribals in the state and the exchequer was to incur crores of rupees expenses for the same.

“All said and done the very list of beneficiaries itself is still not not ready and as per the recent statement of the minister when the list itself is not not ready the scheme is a distant dream and will not not happen in the near future,” said Vivek Pandit, chairman of a government-appointed committee to look into the status of schemes for tribals in Maharashtra.

“Hope that cabinet will respect the recommendation of steering committee and declaration of CM to cancel purchase and transfer by DBT,” Pandit added.