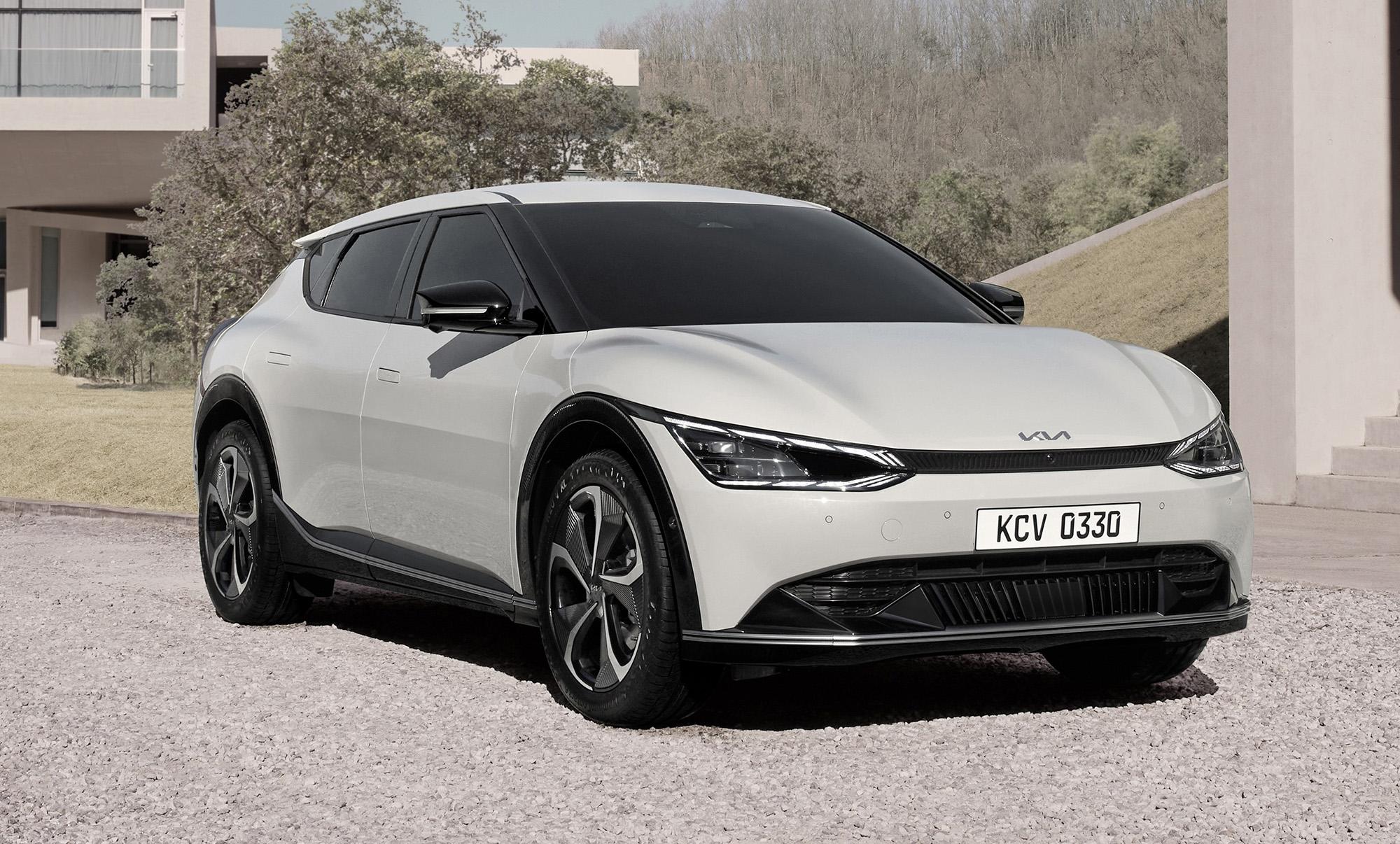 After teasing it last week, Kia has fully shown the EV6, its next-generation electric car built on parent Hyundai’s E-GMP platform. The crossover-like EV has same underpinnings as Hyundai’s Ioniq 5, but Kia has taken a different design tack. Rather than the angular hatchback look that Hyundai went for, the EV6 has a lower and more rounded form.

Where the Ioniq 5 features unusual diagonal side slashes, the EV6 has a relatively clean profile with side glass that slants up toward the roofline. The short and wide front end sports wraparound headlights, while the hood has two eyebrow-like contours breaking up an otherwise flat surface. The most striking design feature is the rear taillight that runs from fender to fender and bisects the rear hatch.

Kia also took a more minimalist approach to the interior, with a pair of flush screens for the dash and infotainment system. The wide center consoles juts up fairly high, separating the passenger and driver — but it can probably slide away like the one on the Ioniq 5.

“With EV6 we aimed to create a distinctive, impactful design by using a combination of sophisticated, high-tech features on pure and rich volumes, while providing a unique space as a futuristic EV,” said Kia design chief Karim Habib in a statement. He reveals more about his EV6 design philosophy in the video above.

Kia has yet to reveal any of the EV6’s specs, but they’ll likely match the Ioniq 5 as it shares the same platform. To that end, you can expect rear- and all-wheel-drive variants with single- and dual-motor drives, offering 215 and 302 horsepower, respectively. It’s also likely to come with 58 kWh and 77.4 kWh batteries, depending on the range you’re looking for and how much you want to spend.